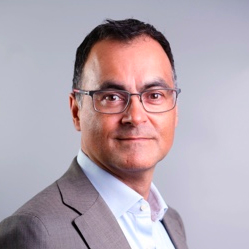 Former CEO of Standard Chartered Bank in Japan and Thailand

From 2003 until 2007 he served as country CEO for Standard Chartered Bank in Japan, and while in Japan was also chairman of the Foreign Bankers Association. From 2008 until 2010 he served as CEO for Standard Chartered Bank’s Thailand operations, and from 2010 to 2015 he continued as NED on the board of the Thai bank. From 2008 to 2010 he was also Chairman of the 600-member strong British Chamber of Commerce Thailand and additionally served on the Board of the Foreign Bank’s Association. He completed the Director Certiﬁcation Program of the Thailand Institute of Directors in 2008. His last role at Standard Chartered was group head of sustainability where he led the Group’s overall sustainability agenda, including responsibility for the Bank’s ESG risk management function.

After leaving Standard Chartered Bank in early 2016, Mark established a consulting company and now works with a diverse portfolio of companies. Mark is Senior Advisor Asia to the global sustainability consultancy Business for Social Responsibility and serves on the board of HK based NGO the Mekong Club which seeks to address the issue of modern slavery and human trafﬁcking in the supply chain. Mark is presently driving a new collaborative initiative with the Thomson Reuters Foundation to build an Asia Paciﬁc Banks Alliance against trafﬁcking. Mark is also director, Asia for Australian-based Northquest, an innovative solutions management company that enables businesses and governments to access long term institutional funding to improve the critical infrastructure necessary to support and grow their organizations.

He speaks frequently on business and board oriented sustainability and leadership themes to organizations like Bursa Malaysia, the Thailand Stock Exchange and various universities including the Sasin School of Management in Bangkok, HK University of Science and Technology and HK University in Hong Kong. In December 2017 Mark was appointed Chairman of the Christina Noble Children’s Foundation and serves as Hong Kong Committee Member of the Australian Institute of Company Directors. He graduated from the University of Bristol, UK in 1985 with a bachelor’s degree in Philosophy and Economics. He presently splits his time between Hong Kong and Sydney, Australia.