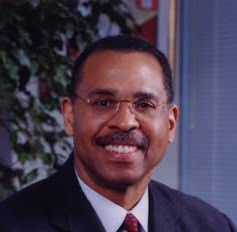 Ambassador J. Kenneth “Ken” Blackwell is an author and chairman of the International Foundation for Electoral Systems. He is a visiting professor at the Liberty University School of Law, a contributing editor for Townhall.com and a public affairs commentator for the Salem Radio Network. His commentaries have been carried in major newspapers across the U.S., including USA Today, The Wall Street Journal, The New York Times and Investors Business Daily.

Amb. Blackwell is a fellow at the National Academy of Public Administration (2003– present) and a visiting fellow at the American Civil Rights Union. He is a former director of the Academy for Government Accountability and serves on the Board of Directors of various high-profile organizations including the Club for Growth, the National Taxpayers Union and the National Rifle Association.

Amb. Blackwell has had a vast political career. He was mayor of Cincinnati, Treasurer and Secretary of State for Ohio, Undersecretary at the U.S. Department of Housing and Urban Development and U.S. Ambassador to the United Nations Human Rights Commission. Amb. Blackwell was a delegate to the White House Summit on Retirement Savings in 1998 and 2002. During the 1990s, he served on the congressionally appointed National Commission on Economic Growth and Tax Reform and the Board of Directors for the International Republican Institute and the American Council of Young Political Leaders.

He has received many awards and honors for his work in the public sector including the U.S. Department of State’s Superior Honor Award for his work in the field of human rights, which he received from the administrations of former Presidents George H.W. Bush and Bill Clinton. In 2004, the American Conservative Union honored Amb. Blackwell with the John M. Ashbrook Award for his steadfast conservative leadership. In 2002, he received meritorious recognition from the Center for Digital Government, and was recognized by Government Technology magazine as one of the top 25 public sector leaders in information technology.

He has been a fellow at Harvard University’s Institute of Politics, the Aspen Institute, the Salzburg Seminar in Austria and the Johns Hopkins University School of Advanced International Studies (British-American Project). His continuing education has included executive programs at the Massachusetts Institute of Technology and Harvard. Amb. Blackwell also received honorary doctoral degrees from 10 institutions of higher education. He holds a bachelor’s of science and a master’s of education from Xavier University (Ohio), where he later served as a vice president and member of its faculty. In 1992, he received Xavier’s Distinguished Alumnus Award.