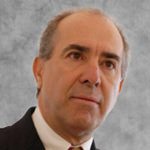 He is currently the chairman of SAI Law and Economics, a Mexican consulting firm. He is also the founder of the Arbitration Center of Mexico, the NAFTA Fund of Mexico and electronic auctions company Aklara.

From 1994 to 2001, Mr. Serra was a member of the Yale Corporation, the governing board and policy-making body for Yale University, where he currently co-chairs the President’s Council on International Activities. He has also served as a board member of Mexico’s National Institute for Genomic Medicine. He is a member of the Trilateral Commission and director of the board for Chiquita Brands International, The Mexico Fund, Tenaris, Vitro and Grupo Modelo.

Mr. Serra is a recipient of the Wilbur Lucius Cross Medal at Yale University (1993) and the National Prize for Social Sciences (1986), and Economics (1979) in Mexico.