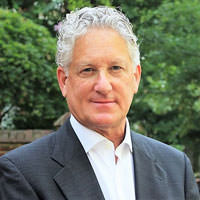 Harry G. Broadman is a seasoned CEO and multinational business practitioner, Non-Executive Board Director, and strategic advisor to C-suites and boards of U.S. and non-U.S. corporations, private equity firms, institutional investors, family offices and Sovereign Wealth Funds. A recognized authority on business growth and risk-mitigation; international finance and trade; antitrust and regulation; and corporate governance, he is extensively engaged as a speaker and frequently serves as an expert witness in court cases.

He is CEO and Managing Partner of Proa Global Partners LLC, a transaction advisory firm that provides operational, advice on the design and execution of deals in emerging markets; a member of the faculty at Johns Hopkins University; a monthly global business columnist for Forbes and Gulf News; a Master Workshop Faculty Member at the National Association of Corporate Directors; and serves as an independent director on four corporate boards.

He was Managing Director and member of the Investment Committee at Albright Capital Management, a private equity fund focused on emerging markets, as well as Managing Director of The Albright Group (now Albright Stonebridge). Previously at the World Bank, he oversaw the Bank’s largest sovereign finance operations and enterprise restructuring investments throughout China, Russia and the former Soviet Union, the Balkans, and sub-Saharan Africa.

He served as Chief of Staff of the President’s Council of Economic Advisers during the first Gulf War and the Savings and Loan Crisis, and then as United States Assistant Trade Representative, where he led U.S. negotiations on international trade and investment across all services industries as part of the establishment of both NAFTA and the WTO. He also managed all negotiations of U.S. Bilateral Investment Treaties (BITs). He was on the Board of OPIC and a member of the Committee on Foreign Investment in the U.S. (CFIUS). Prior to that, he was Chief Economist of the U.S. Senate Committee on Governmental Affairs, during which he was a core drafter of the Omnibus Trade and Competitiveness Act.

He has been a member of Harvard University’s faculty; at the RAND Corporation; at Resources for the Future, Inc.; and at the Brookings Institution. His most recent books are: Africa’s Silk Road: China and India’s New Economic Frontier; From Disintegration to Reintegration: Russia and the Former Soviet Union in the Global Economy; and The State As Shareholder: China’s Management of Enterprise Assets. He is a lifetime member of the Council on Foreign Relations. He received an A.B. in economics and history, magna cum laude, from Brown University, where he was elected to Phi Beta Kappa, and an A.M. and Ph.D. in economics from the University of Michigan.