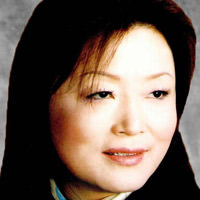 Yixun (Freda) Wang is a senior counselor in APCO Worldwide’s China region and the chief representative of the Asia Society office based in Shanghai, where she manages project development, fundraising and government relations. She has been associated with Asia Society since 1995 and has been an International Council Member of Asia Society since 2000. In addition, Ms. Wang is a council member of the China Reform Forum, a Beijing think tank, since 2000, as well as the managing director of Shanghai Wisdom Communication Consulting Co. since 2005.

Other positions Ms. Wang has held include the director of international business development for TV Art International, Inc. in New York; project manager at the Center for U.S.-China Arts Exchange at Columbia University; and officer at the Foreign Affairs Office of the Shanghai Municipal Bureau of Culture in China.

Ms. Wang holds a master’s degree in intercultural management from the School for International Training with World Learning in Brattleboro, Vermont in the United States and a bachelor’s degree in English from the Shanghai Foreign Language Institute in China.