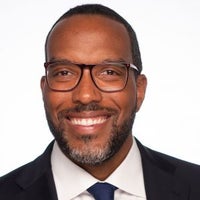 Financing Partner and Board Observer

Damien Dwin is co-CEO and co-founder of Brightwood Capital Advisors and has been involved in all phases of the firm’s development since its founding in 2010. He is a member of the executive committee and serves on the investment committee of all Brightwood funds.

Mr. Dwin currently participates on the boards of many of Brightwood’s portfolio companies and has managed capital for hundreds of limited partners, including many prominent public, private and corporate pension plans, endowments, family offices, and high net worth individuals.

Prior to founding Brightwood, Mr. Dwin worked for Credit Suisse from 2004 to 2010 and Goldman Sachs in New York and London from 1998 to 2004. As co-founder and head of North American Special Opportunities at Credit Suisse, he managed a portfolio over $1 billion in assets including companies such as Freeport LNG, Invenergy Wind and Terremark.

Mr. Dwin serves on the board of NAACP Legal Defense and Educational Fund. He is a Trustee of The Boys’ Club of New York. In 2002, he received the Michael P. Mortara Award for Innovation from Goldman Sachs for his work in developing a market to finance and short-sell bank loans.

Mr. Dwin holds a B.S. and B.A. from Georgetown University where he served two terms on the Board of Regents.