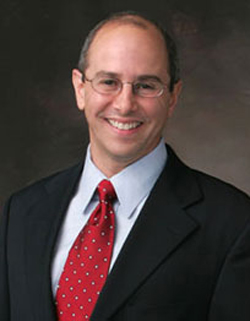 Former member of the U.S. Congress

During his 12 years in Congress, Dr. Boustany served on the influential House Committee on Ways and Means, where he was Chairman of the Subcommittees on Tax Policy, Oversight, and Human Resources. As a Ways and Means Committee member, Dr. Boustany established himself as an expert and leader on tax, trade, health care, and entitlement policy. Dr. Boustany is a leader in trade assistance and enforcement issues and has led seminars on the conduct of legislative oversight for members of parliament from emerging democracies. He has authored numerous opinion pieces on health care, energy, trade and foreign policy in Politico, The Hill, The Wall Street Journal, and in the peer-reviewed journal Asia Policy.

Dr. Boustany successfully led the effort to increase funding for ports and waterways. Legislative victories include co-authorship and passage of the Medicare Access and CHIP Reauthorization Act of 2015 (MACRA) and the PROTECT Act, which strengthened enforcement of U.S. international trade laws. He passed several bills benefiting veterans that included securing the construction of two new veterans’ clinics in south Louisiana. Boustany was also a leader in the efforts to pass trade promotion authority and in the passage of several free trade agreements that included Panama, Colombia, and South Korea. Boustany also helped lift the ban on crude oil exports and expanded liquefied natural gas exports. Other legislative successes include health care relief for small businesses and reforming IRS practices, and key legislation on health savings accounts, and international tax. Before his election to Congress, Boustany launched extensive quality improvement in open heart surgery programs in two community hospitals that led to national recognition for quality.

He served as co-chair of the U.S.-China Working Group, co-chair of the U.S.-Japan Congressional Caucus, founder and co-chair of the Trans-Pacific Partnership (TPP) Caucus. He is currently a counselor at the National Bureau of Asian Research, a life member of the Council on Foreign Relations, member of the National Committee on U.S.-China Relations, president of the Association of U.S. Former Members of Congress, executive in residence at the Brookings Institution, and co-chair of a task force on the Future of Work in the Developing World for the Center for Strategic and International Studies.

For 14 years, Dr. Boustany had a private practice of medicine in the field of thoracic and cardiovascular surgery in Lafayette, Louisiana. He received his B.S. degree from the University of Louisiana, and M.D. from the Louisiana State University School of Medicine.