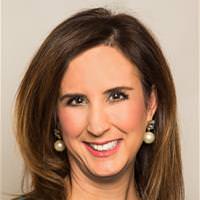 Executive director of the Women and Politics Institute at American University; former executive producer of NBC News 'Meet the Press'

Betsy Fischer Martin is an Emmy-winning journalist and TV news executive, who currently serves as an executive in residence at American University’s School of Public Affairs. She also founded her own consulting business, Fischer Martin Media, where she specializes in providing media training to corporate executives.

During the 2016 presidential campaign cycle, she was a contributor to Bloomberg Politics where she co-hosted “Masters in Politics” – a political podcast featuring interviews with candidates and key strategists.  She was also the contributing editor for Washington for MORE Magazine where she interviewed female political leaders about policy issues, women’s empowerment and leadership. Additionally, she traveled abroad extensively on behalf of the State Department’s Bureau of International Information Programs, speaking to foreign journalists, students and political/civic organizations as an independent expert on U.S. elections, women in politics and women in media.

During her earlier career in television news, she was the managing editor of NBC News Political Programming, where she was responsible for the development and execution of network political coverage.

Before being promoted to the executive role at NBC News in 2013, Fischer Martin served as executive producer of the top-rated Sunday morning public affairs program, Meet the Press, for 11 years.  During this time, she oversaw all editorial content, guest-selection, strategic planning, production, marketing, special online programming, and financial decision-making for the program.

Additionally, she was Tom Brokaw’s producer for NBC News’ coverage of the 2008 presidential election, including party conventions, debates, and election night. In this capacity, she also was Brokaw’s producer when he moderated one of the three general election debates between Obama and McCain.

Fischer Martin worked closely for 17 years with the late Tim Russert, producing his headline-making interviews for Meet the Press and also serving as his producer for NBC’s coverage of special events and four presidential elections, including the historic 2000 presidential election night and subsequent recount.

Fischer Martin has been honored with several awards for her work at NBC, including three News and Documentary Emmys, the Walter Cronkite Award for Excellence in Political Journalism, and a Gracie Award from American Women in Radio and Television.  She has been featured in several publications including profiles in Television Week, The New Orleans Times Picayune, Marie Claire Magazine, Washington Business Journal, Washingtonian’s 50 Best & Most Influential Journalists, Washington Life’s Power 100, and GQ’s Powerful People in Washington.

She serves on the board of directors of Washington’s International Women’s Forum and the National Press Club’s Journalism Institute. She is a life member of the Council on Foreign Relations and a member of the Young Global Leaders of the World Economic Forum.

She lives in Falls Church, Virginia with her husband, Jonathan Martin, National Political Correspondent for the New York Times, and her daughter.