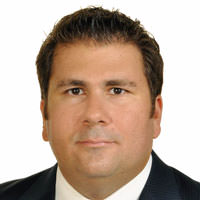 Samer El Hachem, a director at APCO Worldwide, has more than 12 years of experience in the media sector, previously holding several executive roles in the broadcast and production industry.

Prior to joining APCO, Mr. El Hachem served several leading media companies in the MENA region such as Rotana and LBC Group, as head of strategy and then chief operating officer, where he played a major role in streamlining operations and expanding companies’ footprints to new markets. In addition, he structured alliances between current regional media companies and top international groups such as Bloomberg, Disney and Hello TV.

He holds a bachelor’s degree in business administration and management from Saint Joseph University in Lebanon and a Master of Business Administration from the Lebanese American University and the University of the State of New York.