Crowdfunding to Improve the Lives of Women with Ovarian Cancer

With the great help of APCO, within 5 weeks our initiative became known not only throughout Berlin, but also nationwide. Especially on social media, APCO engaged all participants and created an excellently conducted and interactive live communication campaign… With APCO’s sensitive and authentically implemented strategy, potential donors could be touched emotionally. This created a special community that generously supported this important initiative with donations.

APCO has managed to give our cause a face. On various channels, the agency not only used visual elements in a memorable way, but also served the narrative with the best possible quality content. As a concerned relative, I particularly like the fact that we didn’t tell a sad story about cancer but talked about strong women who keep on fighting and still have enough humor to search for 40,000 men – that alone has already empowered the women, even though we haven’t yet torn down these dreary walls.

Founder of the Rosi Initiative 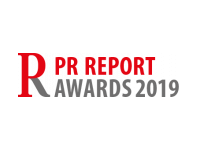 Charité in Berlin is one of Europe’s largest university hospitals. Patients suffering from ovarian cancer spend up to six to seven hours, several times a week, in dreary and uncomfortable chemotherapy rooms at the women’s clinic. The founders of Charité’s ‘Rosi’ project asked APCO, their communications partner, to launch a fundraising campaign to raise €40,000 to improve the hospital environment for women fighting cancer. Rosi is the name of one of the founder’s mother who sadly passed away from cancer.

APCO developed and launched a crowdfunding campaign with the goal of generating an emotional response across a large number of individual donors. This was an online-led campaign, so a strong digital and social media implementation plan was essential.

We developed a very specific call to action: “We are looking for 40,000 real men”. This references the “real men” who would sit in the waiting room every day to support their wives and family members. We worked with 27 influencers, including some of Germany’s top celebrities such as musician Herbert Grönemeyer, to record a crowdfunding video highlighting that “a real man” is not defined by stereotypes, but by his support for the project. A “real men” Rosi tattoo sticker, was designed to drive donors to spread the message online with their own photos showing support for the campaign.

APCO also served as the press office to promote the campaign across traditional media outlets.

The campaign successfully raised about €70,000 – nearly double our target. We also secured widespread coverage from German public broadcasting station ARD, public transport TV in Berlin, the best-selling European newspaper BILD and the screening of the campaign video prior to a football match at the stadium of Hertha Berlin, generating a total reach of 20.7 million. The campaign also received widespread support on social media from numerous celebrities and, overall, sparked a conversation about the importance of the hospital environment for patients fighting cancer.