By continuing to use this site, you consent to our privacy policy and terms of use.AcceptRejectRead More
Home > Work > Case Studies > Papal Visit to the UAE

Papal Visit to the UAE

Making an Impact While Making History 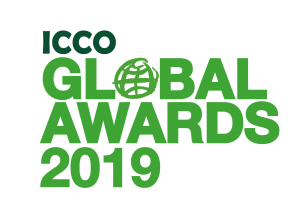 In the two millennia of the Catholic Church’s existence, 3-5 February 2019 marked a watershed moment: it was the first-ever visit by a Pope to the Arabian Peninsula. What’s more, it was the first time the Pope has travelled with another religious leader – The Grand Imam of Al-Azhar, His Eminence Dr. Ahmed Al-Tayyeb. The UAE government engaged APCO to handle communication and media surrounding this historic visit. We were charged with ensuring that the UAE was positioned throughout the coverage as an inclusive, welcoming community, at the center of interfaith dialogue. With many different voices competing for the media’s attention during the event and at a time (and in a region) where religious differences are still received with cynicism, animosity and scare-mongering, APCO needed to design a communications campaign that would drive the UAE government’s objectives, while aligning the Pope’s visit with the UAE’s Year of Tolerance.

During the three-day visit, the two religious leaders would visit the nation’s largest mosque together and presided over 400 delegates in an inter-faith conference that brought leaders from every global religion and faith together. His Holiness Pope Francis hosted a mass for 180,000 Catholics in Abu Dhabi. As series of events that led these two men to sign the historic Abu Dhabi Declaration “A Document on Human Fraternity for World Peace and Living Together” in the presence of the UAE’s political leaders.

Our media approach involved planning a pipeline of announcements and opinion editorials from prominent UAE ministers and community leaders, which all touched on the various aspects and themes of the historic visit, prior to, during and after the Pope’s arrival. APCO also worked with our partners at Markettiers to coordinate all broadcast media access to the event. In the six weeks leading up to the visit, APCO executed a digital strategy which not only targeted the existing Catholic population in the UAE, but also engaged with a wide range of UAE residents to get their thoughts on what tolerance means to them, and what emotions they felt when learning about the Pontiff’s visit to the region. We developed social media videos, interactive stories and awareness-raising posts and deployed them at key points to reach our target demographics.

The content APCO generated for the papal visited garnered over US $513 million in PR value; the media coverage alone included 16,242 articles published in 38 languages, across 147 countries. The video content we developed with Markettiers was downloaded by 2,439 television channels across 44 countries, resulting in 6.4 million video views. APCO’s social media campaign achieved over 7.6 billion social media impressions. This historic visit also achieved an important legacy for the UAE, as it positioned the UAE as the land of human fraternity and set the ground for the establishment of the Abrahamic Family House in Abu Dhabi, which will host a mosque, a church and a synagogue.