Investing in an Equitable and Just Future 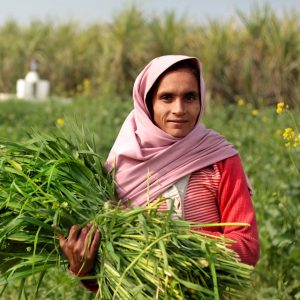 Embark is a collective of activist advisors and philanthropists focused on community-led, gender justice programming. Incubated and facilitated by the global humanitarian organization CARE, Embark is one of the organization’s signature innovations that focuses on accelerating feminist movements. Embark leverages CARE’s longstanding, global relationships with communities and local organizations pursuing gender justice, and ultimately provides a philanthropic model for other funders to follow (de-risking investments in grassroots movements).

The Embark team was in the idea stage when it partnered with APCO Impact (formerly The Tembo Group), to focus Embark’s core messaging around feminism and gender justice, develop its framework to address philanthropy’s inherent power dynamics and decolonize philanthropic systems, and solidify its member engagement strategy. Through a series of workshops, analysis on existing program strategy, and the development of archetypes for Embark members, APCO Impact worked with the Embark team to identify a coherent overarching strategy and narrative for the new initiative. APCO Impact also created an outreach strategy for membership, identifying platforms to raise the collective’s profile within the philanthropic community, developed the collective’s messaging, and tailored the positioning among Embark’s various stakeholders.