Close
By continuing to use this site, you consent to our privacy policy and terms of use.AcceptRejectRead More
Home > Work > Case Studies > Bayer Yakuhin Ltd. and MSD K.K. 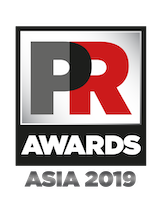 Promoting Women’s Health in Japan with Bayer and MSD

Promoting Women’s Health in Japan
With Bayer and MSD

Challenge: Although the Japanese government had undertaken various initiatives to encourage more women to enter the workforce, little attention had been given to women’s health in the relevant government policies. Businesses were also unprepared to respond to the additional health needs of their increasing female workforce.

We brought together a network of key organizations to create a network entitled the “Project for the Health Promotion of Working Women” (the Project) to advocate for the health of working women, to approach relevant stakeholders and promote the importance of providing for working women’s healthcare needs.

Collaborating with the Health and Global Policy Institute (HGPI), a leading healthcare think tank in Japan, APCO conducted research on the social impact of working women’s health and the importance of health literacy in working women. The research studies revealed that the neglect of working women’s health would result in a loss of 6.37 trillion yen for Japan’s economy. This figure was reported on by leading national and regional newspapers, as well as trade and online media.  These research results and their coverage also influenced the Ministry of Economy, Trade, and Industry’s (METI) business and investment incentives, which now recognise companies that go above and beyond to provide women with career opportunities and to support employee health.

APCO leveraged the research results to create compelling content for media and evidence to present to the government, as well as to undertake comprehensive multi-stakeholder engagement and a media relations campaign to spread the message in a strategic manner.

Results: The campaign resulted in widespread media coverage on the importance of women’s health needs in Japan and helped bring about two significant policy changes. One such change was the addition of a state mandate which required that companies undertake initiatives specifically geared to support and improve female employees’ health.

A growing number of companies beyond the healthcare sector have since actively reached out to join the Project and support the overall movement, which is ongoing. This is a testament to our success in raising awareness of the importance of women’s health among the wider business community in Japan.