Swedish student activist Greta Thunberg emerged as one of the biggest influencers this year, after she delivered a passionate speech on the climate crisis at the Climate Action Summit by the United Nations General Assembly in September. She not only became the top social media influencer but was also able to spark environmental campaign activities globally. In fact, her strong views on the climate crisis gave rise to the #howdareyou social media movement, shaking the public globally and pushing them to question their own leaders over inaction against climate change.

In India, extreme air pollution in New Delhi made it the highest polluted city in the world in October, leading to a public health emergency in the capital. However, in the last five years, New Delhi also witnessed aggressive clean air campaigns by media experts and environmental activists urging action from the government.

Influencing policies typically involves building public support for a change. Going forward, the real drivers of policy influencing may not be the ones with huge following on social media, but the ones that policymakers look up to for advice or recommendations to create robust frameworks. The future of influence hence lies with those who believe in creating change at the implementation level.

In cases of legislative advocacy, it is critical to shape the opinions of office bearers in government departments, who generally understand and respect the views of former government officials.

To create changes in policies and legislations, it is critical to target influencers who are sympathetic to the issues and willing to work collaboratively.  Sometimes. to get legislations pertaining to human rights, policy specialists at APCO have engaged former government office bearers who have an in-depth understanding of subjects and whose views are well-respected amongst the top decision makers.

These influencers also assist in widening the network of supporters for enactment of policies and laws.

When Parliamentarians Are Change-Makers

One of the most important opinion leaders for influencing policy changes are the parliamentarians. They not only help drive changes in policies and legislations, but also shape the opinions of public and the media through social media. In India, there are 790 elected members of parliament who can help advocacy specialists create public support campaigns on various issues of concern.  Parliamentarians who believe in certain social cause can help lending focus to the concern by communicating directly to the decision makers.

With the rise of increased focus on issues like climate change, water scarcity, unemployment, gender inequality, abuse of vulnerable women and lack of healthcare services, India has seen rise in think tanks and non-profits known to work directly with decision makers to provide policy recommendations that can lead to change at ground level.

Non-profits and think tanks present research-backed evidence and their influence cut across a wide range of sectors. For public affairs professionals, it is critical to engage directly with such organizations, as governments often rely on their views and insight in developing fiscal budgets, policy frameworks, draft laws, and business decisions impacting economy.

Businesses are increasingly showing keen interest in forging partnerships with governments and the social sector to support them in creating positive social impact. Advocacy experts are helping technology and retail companies in India find social entrepreneurs and start-ups that need financial support. In turn, this advocacy often helps these companies to improve their reputation with governments.

As we move into an era where concerns which were long ignored, would become priorities for policy makers, it would be imperative to involve with individuals who have the passion to bring a change at the implementation level. In the upcoming times, we would witness influencers who understand political landscapes with depth and believe in investigating larger trends shaping the fragmented world.

The future may be digital, but the future of influence may not necessary lie with social media handles. 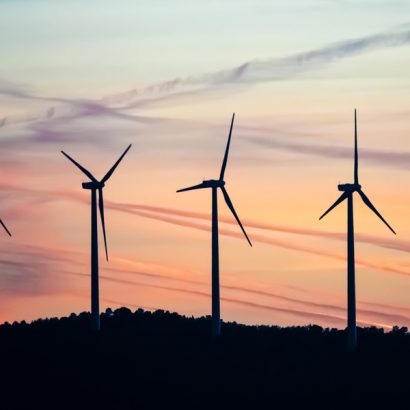