This blogpost was co-authored with APCO intern, Lily Zhang.

2020 was always going to be an integral year for China, as the country pushed to achieve the targets set out in the 13th Five-Year Plan (FYP) covering the 2016 to 2020 period, whilst ramping up preparation for the next development blueprint, the 14th FYP. The unprecedented economic disruptions caused by the COVID-19 pandemic made this challenge all the more considerable, forcing policymakers to rethink priorities ranging from the economy to environmental protection. Although the full text of the 14th FYP will not be released until the Two Sessions in March 2021, certain themes have already been highlighted in the communiqué, which was issued in October 2020.

With the global pandemic still looming, it is unsurprising that economic stability and progress are top government priorities. However, the communiqué also mentions long-term goals related to low-carbon and sustainable development, including a proposed carbon emissions peak in 2035 and steady emission decreases thereafter. This follows Chinese President Xi Jinping’s bold announcement to achieve carbon neutrality by 2060 at the 75th session of the United Nations General Assembly, which has drawn both praise and skepticism at a time when pandemic control and economic recovery remain fundamental concerns for most policymakers around the world.

While it remains to be seen how China will achieve its latest commitment to low-carbon development, Xi’s pledge to reach carbon neutrality is a clear indication that sustainable growth will continue to be a key focus of China’s national development strategy. The proposed timeline for initiating a steady decline in carbon emissions from 2035 also coincides with the goals laid out in Xi’s vision of a sustainable future, “Beautiful China.” China intends to build upon existing commitments and milestones to pursue green development in the long run.

Environmental protection and sustainable development have been policy priorities for a number of years, which have been manifested in Xi’s “Beautiful China” vision. At the Third Plenary Session of the 18th National Congress of the CCP, the concept of “ecological civilization” was first introduced in amendments to the Party’s constitution, which elevated the task of creating a sustainable balance between economic development with environmental protection to the status of a core Party mission. In May 2018, Xi also declared the country’s “toughest-ever” battle against pollution, urging fundamental improvements to the quality of the environment by 2035.

What to Expect From the 14th FYP

Although the precise measures for enhancing environmental protection in the 14th FYP period (2021-2025) have yet to be disclosed, recent policy announcements offer some useful insights on what they may involve.

At the 2020 UN Climate Ambition Summit on December 12, Xi declared that China will aim to almost triple its wind and solar energy capacity in the next ten years. Specifically, the installed capacity of wind and solar energy will be increased from 415GW at the end of 2019 to 1200GW by 2030. Xi’s comments are echoed in the latest white paper on energy development published by the State Council Information Office (SCIO), which affirmed that China will continue to work on its transition towards cleaner and greener energy resources.

The white paper, titled “Energy in China’s New Era,” proposes the establishment of a national carbon emissions trading system to facilitate the reform of China’s energy sector, which builds on an outline issued by multiple government departments on October 21, 2020. It suggests that the trading scheme, alongside other green financing products, will be used to encourage businesses to become more climate-conscious by encouraging or limiting their access to finances according to their emissions levels.

The white paper also identifies innovation-driven development as the key factor enabling the nation’s energy transformation, and emphasizes the close coordination between enterprises, universities, and research institutions as a major source of scientific and technological innovation. This builds upon China’s existing focus on clean energy technology as a target area for innovation, as outlined in the 13th Five Year Plan for National Technology Innovation.

While the white paper highlights the opening-up of China’s energy sector to foreign enterprises as an important achievement over the past four years, the paper also suggests the main objective of collaboration between enterprises, universities and research institutions is boosting domestic innovation and reducing technology imports. This suggests that the ultimate goal is to establish a predominantly domestic-led industry supply chain for the nation’s growing clean energy sector. 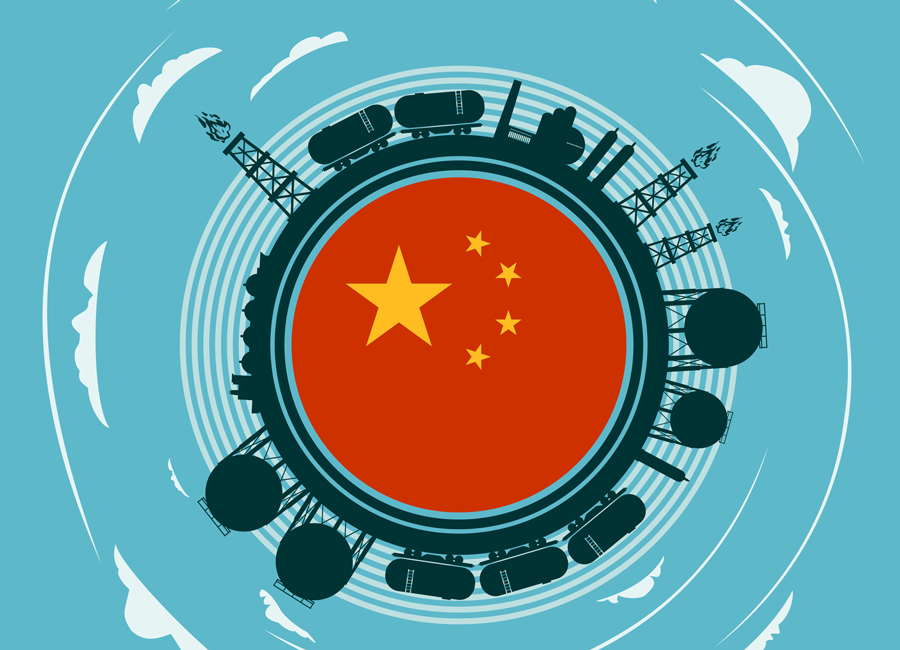