This article is part of a series of staff insights, observations and perspectives to commemorate Black History Month. Click here to see similar posts.

As we bring Black History Month to a close, I was asked to reflect on what Black History Month meant to me growing up. Black history has always been a constant education avenue in my life. I grew up in a Washington, D.C., household shaped by ideals of black progressives originated by my father’s upbringing in Philadelphia in the 50’s and the 60’s. This was balanced by the legacy of black conservatism that came from my mother growing up on the coast of South Carolina during the same time period. You learn a lot. You see the world through two lenses – fight AND flight. This strange juxtaposition became to be the foundation of Black History Month as grew into an adult.

At its core, Black History Month was a time for my teachers to feature prominent black leaders and contributors to society in our day-to-day learning. While this was a great experience and I learned a lot, it was inconspicuously disconnected from what I was learning about the country in which I lived. There were great bulletin boards, flashcards, and even plays and performances where we all participated. It was a great exercise and even fulfilling part of my elementary and middle school experience. However, retrospectively I can remember three things that I took from Black History Month that have shaped me as an adult.

Broadly speaking, I think Black History Month is a portal. It opens every February to help us reflect on what history might say about us and our generation. The stories of the past should lead to greater introspection and investigation into other societal conditions so history does not repeat itself. The ghosts of our past are louder and more evident in today’s narrative than they have ever been.

I am so glad that I’ve been prepared to face these issues head on by the fervor of my ancestors and others who came before me. Had their stories and the history of this country been completely erased, I would view today’s ills as new or contemporary. They are not. These challenges persist despite the efforts of many to put overcome them for good. What I learned through Black History Month is that if I learn and apply these core principles, I stand a decent chance of excelling in a hostile and combative environment. That’s a lesson I think all my friends and colleagues should take from Black History Month. 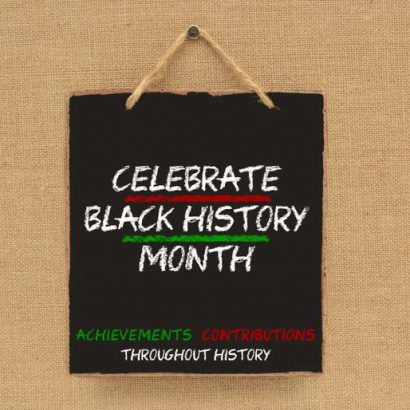