This article is part of a series of staff insights, observations and perspectives to commemorate Women’s History Month. Click here to see similar posts.

This year’s W20* will convene in Japan for the first time. The summit comes shortly after the World Economic Forum (WEF) published its 2018 Global Gender Gap Report, in which Japan ranked 110 out of 149 countries, 17 out of the G20 countries, and last of the G7 countries.

This ranking reflects the reality of Japanese society. For starters, there is a clear lack of female executives—only 7% of Japanese senior management are women, compared to roughly 31% in China, and women make up a mere 10% of Japan’s House of Representatives. On the other side of the same coin, there exists a considerable stigma against stay-at-home dads despite a study showing that one in four Japanese men want to prioritize their families more, illustrating that gender roles may be preventing Japanese men from spending time at home with families. It is against this rather unflattering backdrop that Japan will host an international discussion on women empowerment and gender equality. However, recent years have seen the country gradually taking steps to enact change.

In 2016, the Gender Equality Bureau Cabinet Office introduced disaster training programs centered around gender equality, which have been increasingly incorporated into local government policies, ensuring that disaster response better meets women’s needs. In 2015, Prime Minister Shinzo Abe’s Cabinet set a goal for 13% of eligible men to take paternity leave by 2020. Although still low compared to maternity leave, paternity leave rates have steadily increased every year, hitting all-time highs in 2016 and 2017. The values reflected in these measures have manifested themselves in the private sector as well, such as through fairer benefits for employees and increased demand for corporate diversity trainings.

Although regarded as an innovative country in many ways, Japan still has a lot to learn when it comes to gender equality. The W20 Summit will serve to showcase international best practices and spark meaningful dialogue, hopefully encouraging the first steps Japan has taken to #Balanceforbetter.

W20 Japan will be held in Tokyo on Saturday, March 23 and Sunday, March 24. Nobel Peace Prize Winner Malala Yousafzai will be one of the keynote speakers at the event. 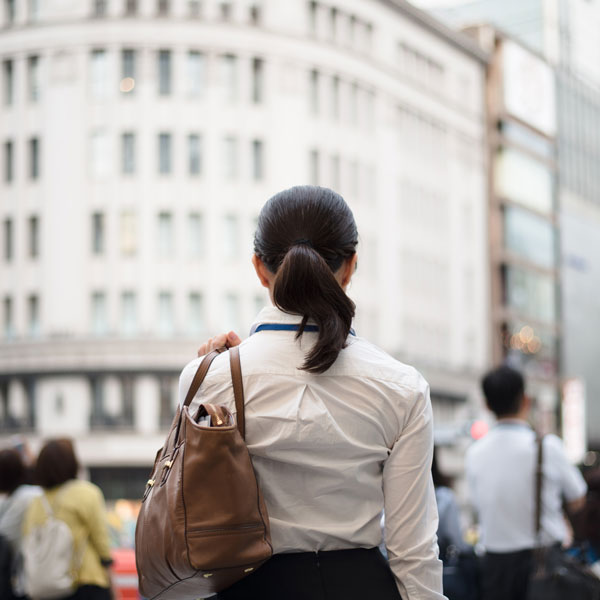