On July 13, 2014, over one billion people tuned-in to watch Germany defeat Argentina in the World Cup Final at the Maracanã Stadium in Rio de Janeiro, Brazil. While we don’t know what that number will look like in 2026, or what medium viewers will use to watch the final, we do know one thing: the championship match will be played on North American soil for just the fourth time in history.

This offers a tremendous opportunity for the host countries, the sport of soccer and brands looking to engage with the biggest tournament in international sports.

An opportunity to portray a united North America

While it may be impossible to predict what the trade or political landscapes will look like in 2026, hosting the World Cup will inevitably foster further cooperation, diplomacy and unity among the United States, Canada and Mexico.

We saw an example of this in 2002, when Japan and South Korea co-hosted the World Cup, which was largely viewed as a successful tournament that highlighted the two countries’ influence in Asia.

The 2026 edition will see North America’s three most powerful nations work together to stage one of the world’s biggest events.

Hosting an event of this scale will require massive coordination efforts among the countries, with sixteen cities — ten in the United States and the remaining six divided between Mexico and Canada — set to host at least one match in the tournament. This effort will include renovating stadiums, improving local infrastructures and enabling easier travel between host cities for visiting fans.

While trade tensions and the political climate among the nations may be different in eight years, the world will be watching the build-up to 2026 to see how well the three allies are cooperating in preparation for the World Cup.

The tournament is also an event that fosters an environment where people look for common ground and a chance to work through difficult issues. The United 2026 World Cup will follow tournaments held in the politically-influential Russia and the abundantly-wealthy Qatar. As a result, the eyes of the world will be on the United States, Canada and Mexico to see what progress the countries can make for the benefit of the region as a whole, ultimately comparing the perceived outcomes from World Cup 2026 to the successes and failures of Russia 2018 and Qatar 2022.

Regardless of how the two proceeding tournaments pan out; the pressure will undoubtedly be on the three countries to show unity and make a lasting impact.

An opportunity to grow the sport

While Mexico’s passion for soccer has never been in doubt, the sport’s popularity has exploded in the United States and Canada in the 24 years since the last World Cup held on North American soil.

Prior to hosting the 1994 World Cup, the United States announced the formation a new domestic league, Major League Soccer, which held its inaugural season in 1996. Today, the league has 23 teams throughout the United States and Canada — with three more set to join by 2020 — and annual television contracts that exceed $90 million.

However, the most prominent example of the sport’s growing popularity in North America comes at the youth level. Soccer has surpassed rival sports to become the second most-played, behind only basketball, among American youth — a group which could make up a significant portion of the World Cup’s domestic viewing audience eight years from now.

The 2026 World Cup presents the American, Canadian and Mexican soccer federations with an opportunity to host a catalyzing event that further increases the sport’s popularity in the region.

An opportunity for sponsors and brands

Given the sport of soccer’s preeminence around the world, the FIFA World Cup will never be short of advertisers and brands looking to participate, but we can expect that to reach a whole new level in 2026.

By the time the United Bid’s World Cup kicks-off in 2026, it will likely be in-front of the largest and most engaged North American audience in soccer history. But a lot can change in eight years, and we don’t yet know what the medium of choice will be for fans eager to consume the action.

Whatever it is, sponsors and brands interacting with the World Cup will need to develop strategies that cut through the noise, if they’re hoping to take advantage of this vast audience.

Will 2026 be the World Cup in which brands more commonly use advanced digital and artificial intelligence activations?

That remains to be seen, but the 2026 World Cup will offer advertisers the opportunity to develop and employ innovative marketing strategies beyond anything that we’ll see in Russia this summer. 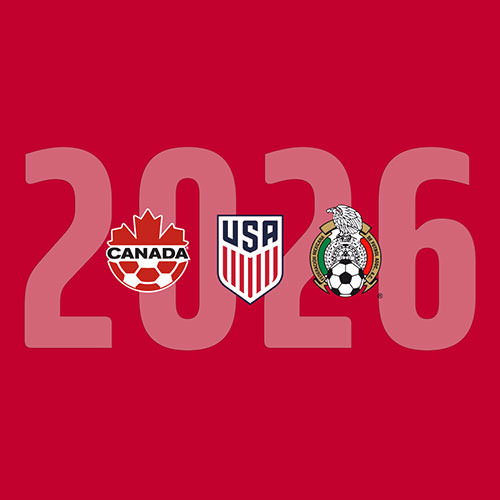