This article originally appeared in Forbes.

Over the next twenty years, we are likely to witness some of the most significant disruptions to the workforce and work as we know it in recent memory. This has been fueled by the demographic and socioeconomic trends of the past decade, like rapid urbanization and globalization, coupled with even faster advances in technology from mobile internet to increased automation and machine learning.

Leading global institutions from the World Bank to MIT are launching new efforts and initiatives focused on understanding the evolution of jobs and addressing a key question — how can talent be developed and deployed to ensure that more than 7 billion people can fulfill their potential?

I wanted to share three main observations from our work at APCO Worldwide with leading global organizations on innovative partnerships that focus on opportunities stemming from workforce disruption:

The Workforce Will Be Disrupted Unevenly

In 2013, Carl Benedikt Frey and Michael Osborne examined how susceptible over 700 jobs were to computerization. They found that 47% of workers in the United States had jobs at high risk of potential automation. The vulnerability of a job had direct correlation to whether it was routine, putting at risk jobs for taxi drivers, accountants and telemarketers and affecting industries like transportation and logistics, office support and sales and services.

McKinsey gives a more nuanced projection that in about 60% of all occupations, one-third of jobs could be automated. Another important distinction is that these numbers will vary greatly by country. As McKinsey explains, “in absolute terms, China faces the largest number of workers needing to switch occupations — up to 100 million if automation is adopted rapidly or 12% of the 2030 workforce.” Additional factors, such as a rising population of aging people, will create significant new demand for existing and new occupations. According to the U.S. Bureau of Labor Statistics and McKinsey Global Institute analysis, labor demand for doctors, nurses, pharmacists and health technicians is expected to rise by 122% in China and 242% in India, while growing at about 18% in the United States with similar double-digit increases in other developed economies.

Quite A Few Jobs Are Here To Stay

Earlier this year in Davos, the founder of China’s Sinovation Ventures, Dr. Kai Fu Lee, shared characteristics of jobs that would not be replaced by machines: creativity (research and academic jobs), complexity (strategy and management positions), dexterity (aero engineers, but also plumbers) and empathy and compassion (care providers, teachers).

Discussions around the hybrid workforce — where humans are augmented by machines — focuses on ways artificial intelligence (AI) and automation can make routine and menial tasks easier and more efficient. Other developments like continued urbanization, increased infrastructure investments and female workforce participation (especially in emerging markets), will give rise to increased demand for new professions. McKinsey estimates that between 60 million and 375 million in the workforce of 2030 will be in new occupations.

A few years ago, Intuit predicted that more than 40% of the American workforce, or more than 50 million people, will be independent workers — freelancers, contractors and temporary employees — by 2020. The Federal Reserve recently released a report that found that nearly a third of adults in the United States engaged in some form of independent work, either as a primary job or to supplement other sources of income. According to Pew Research Center, “24% of Americans report earning money from the digital platform economy in the past year.” Airbnb, Lyft, Task Rabbit, Shapeways, Etsy and hundreds of other platforms are revolutionizing employment and the nature of the labor market in the United States and around the world.

In addition to the independent and freelance economy, there is a significant surge in jobs that do not require advanced degrees – from cloud and system administrators to cyber and information security professionals to various medical diagnostic equipment operators. Smart companies are starting to invest in their future workforce: whether it is through current employee training and retraining, through apprenticeship programs and technical reskilling initiatives or by supporting organizations that are helping close the skills and opportunity gaps.

Our jobs will change during our lifetime, what will you do to prepare for it? 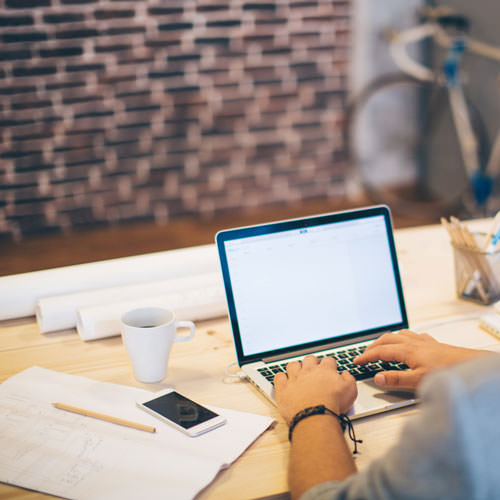