Businesses across the region and around the world are looking to Europe with a keen eye on its future. Below, APCO’s team of experts shares insights on the future of various European sectors, including healthcare, technology, financial services, energy and sustainability and transportation.

Healthcare in Europe faces similar challenges and opportunities to other parts of the world. Ageing societies, budget constraints, legislative hurdles for innovation and lively debate about pricing are all part of a crowded discussion about the future of healthcare.

Just within the 28 EU member states, a recent report published by the OECD and the European Commission has found that healthcare systems across this region consistently need:

This challenging landscape in Europe, however, provides an untrodden path of opportunities for businesses—there is an increased will to collaborate and work on things on a broader scale. For example, in their Election Manifesto for the European Parliamentary elections in May 2019, the conservative European People’s Party (EPP) said that, as part of the next EU mandate, it wants to create a European Cancer Plan to pool joint resources and develop a more consistent approach to data collection and sharing.

Another good example of strong collaboration on a regional level are the so-called European Reference Networks for rare diseases. It’s not all harmony and collaboration, however. Other examples like the ongoing legislative initiative regarding Health Technology Assessment (HTA) show that it can be difficult to find a compromise between different stakeholders involved and that national sovereignty in healthcare still matters, with European governments remaining reluctant to cede control of their healthcare systems.

This is also important regarding the region’s ambition to take action on health inequalities and achieving the United Nations’ Sustainable Development Goals (SDGs) on health by providing universal health coverage (UHC) to all citizens in Europe. This would not only increase economic benefits at a national level, but also deliver on the basic human right to health no matter your background.

In summary, the key question for Europe is how to ensure that national healthcare systems collaborate better to overcome fragmentation and to help improve patient outcomes. Considering the global shift towards a more value-based and personalized approach to healthcare, the big bet in Europe is on digital solutions and data sharing as the way forward to foster such collaboration. Companies that partner to help achieve these goals stand to gain favor in the marketplace as well as with regional regulators and the public.

The Future of Technology in Europe

By Rachele Ciavarella and Aurélien Maehl

Tech tycoons should brace themselves for a storm following the 2019 EU elections. From privacy and taxation, to antitrust and responsibilities of online platforms, this new contingent of EU parliamentarians will trigger a new dynamic in regulating big tech with rising expectations on these companies’ responsibilities towards European citizens. For example, Google has been was fined $9.3bn so far for curbing competition in advertising, shopping and apps markets. More EU antitrust cases against big tech are in the pipeline as data monopolies are increasingly seen as an obstacle to fair competition.

Additionally, the EU has already started discussions to strengthen rules on how online platforms should police content shared by their users. At the same time, the spotlight has lately turned on revising old liability rules as artificial intelligence is transforming industries. Tech companies should pay close attention to what may happen in Brussels over the next five years, as the influence of European regulations is not limited to the region’s own borders—just taking data protection regulation as an example.

Despite the apparent emerging consensus against big tech, divisive political debates on the degree of regulation and the role of the EU are to be expected, with a more-than-ever fragmented EU political landscape.

Financial Services: Europe on the Verge of a Data Revolution

By: Theo Moore and Robert Kopitsch

A decade ago, cash was king in Europe, the U.S. financial sector was a source of contagion and the Euro was doing whatever it took to survive. Things have changed. The FinTech wave generated mild panic in Europe’s financial institutions and confusion among European policymakers. Data-driven, agile, consumer-centric upstarts challenged financial behemoths and threatened regulatory shibboleths.

Wilder prophecies of revolution or doom have not come to pass, but Europe’s financial services landscape is changing. Mobile solutions abound, cryptocurrencies are edging into the mainstream, and tech giants are entering the market. In this digital world, cash is losing its position and data is seizing the throne.

How far Europeans will disentangle themselves from today’s financial systems remains to be seen but FinTech is empowering many—from AI wealth managers to crypto wallet providers—to do so. Regulators and governments are now making the necessary mental gear change, from sandboxed intellectual curiosity to real world practicality. Established players and new entrants must also adapt to each other and to increasingly-engaged and concerned policymakers. None of this will happen without struggle but Europe’s yearning for its own “data giant,” to compete with Google or Facebook, may finally be fulfilled by a European incumbent or innovator that navigates the challenges ahead whilst helping consumers to gain from the changes to come.

The Future of Energy & Sustainability in Europe

From an energy and sustainability perspective, the key outcome of the recently held European Parliament elections is certainly the growth of the European Green Party. The so-called “green wave” is likely to have a strong impact on Europe’s future policy priorities, although energy, climate and sustainability have already been prominently featured on the EU’s policy agenda for the past five years, as the transition to a low-carbon circular economy has been among the key priorities for EU policymakers. Important legislations on clean energy—setting renewable and energy efficiency targets for 2030—and circular economy—setting waste and plastics targets—have been adopted. Many of these new rules are currently being implemented across the EU—a process which should be closely followed by businesses active along the complete value chain on these issues.

This green trend will certainly continue: the EU is in the process of defining its 2050 long-term climate strategy (possibly supported by legislative measures) and is also working on a new Circular Economy Package—Circular Economy 2.0. Additionally, there are ongoing efforts to create European battery manufacturing champions and the proposed “Horizon Europe” programme, which will succeed Horizon 2020 and have a strong focus on R&D funding for clean technology projects. Many opportunities exist for businesses to help shape this upcoming EU agenda. Now is the moment to engage.

The Future of the EU’s Transportation Industry: Driving the Global Debate?

Transportation is traditionally seen as one of Europe’s most competitive industries. From aviation to rail, through cars and shipbuilding, the European Union (EU) is a world leader in this sector and the capacity of its legislators to condition the global regulatory environment is widely recognized. The technical standard defined in the EU will often have an impact on how other parts of the world legislate.

This so-called “Brussels-effect” will need to be closely monitored by industry stakeholders as the EU continues to push one of the world’s most ambitious legislative agendas for the development of future transportation, with two core drivers: implementation of the Paris Climate Accords and automation.

With a strengthened Green influence in the European Parliament and a recently adopted ambitious long-term EU climate strategy, the European Commission is expected to proceed within the next few years with strong initiatives in various areas, including in the field of urban mobility and aviation taxation.

On automation, EU institutions have recently adopted recommendations to secure Europe’s leading role across all transport modes. However, there’s still a lot of room for progress; for example, where drones have already been partially regulated, much remains to be done in the field of self-driving cars, where there is a lot at stake in terms of business development, not only for car manufacturers but also for the broader mobility ecosystem. 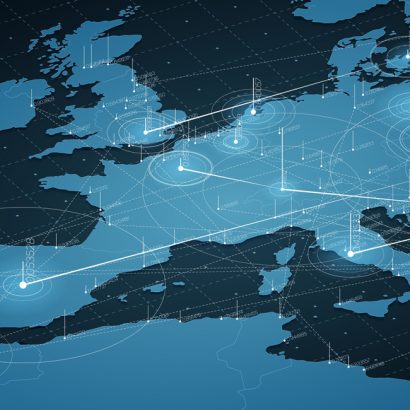