On 17 January 2017, the European Parliament’s  Presidential election took place in Strasbourg. On the fourth round of the vote, Antonio Tajani (EPP, IT) won with 351 votes, while Gianni Pittella (S&D, IT) obtained 282 votes. Tajani’s victory was secured late on Tuesday night thanks to a new coalition formed by his political group, the European People’s Party (EPP), with the Alliance of Liberals and Democrats for Europe (ALDE). The ALDE leader, Guy Verhofstadt, who had also been a candidate for the Presidency, unexpectedly withdrew his candidacy on Tuesday morning to give way to the EPP candidate. The surprise support of the European Conservatives and Reformist Group (ECR) was an extra push for the controversial Italian candidate. This election marks the end of the “Grand Coalition” between the EPP and S&D (Social & Democrats) groups, which had been in place since the 2014 election, and the shift could lead to increased tensions within the European Parliament.

On 17 January, just prior to the election, the EPP and ALDE political groups announced the creation of a new coalition. They set their priorities for the future, hoping to ensure that the EPP candidate, Antonio Tajani (EPP, IT), secured the Presidency. This agreement aims to create a pro-European coalition, allegedly open to other political families, to counter the effects of the nationalist and populist forces trying to “destroy the Union from within and from outside“.

In a press release, the S&D group strongly criticised the alliance and the newly elected President. According to sources, the S&D Group also approached the ALDE leader, Guy Verhofstadt, with a clear pro-European deal, but did not receive a response. The socialists further accused Verhofstadt of not informing his Group about this offer. The ALDE Group subsequently issued a press release denying the existence of any offer from the Socialists.

The new deal, which was described by critics as a ‘back-door’ arrangement that lacks any transparency, was also criticised by right-wing conservatives. The European Conservatives and Reformists’ (ECR) group, dominated by conservative British MEPs, initially opposed the ALDE/EPP alliance, before joining them late on Tuesday night.

Antonio Tajani, the new President of the European Parliament, can be considered a controversial choice, as he divided opinion within his own political party (EPP). He is one of the founders of the right wing political party Forza Italia and was previously Silvio Berlusconi’s spokesperson.

He lost credibility in the eyes of many politicians because of the role he played as transport Commissioner overseeing the Emissions legislation during the ‘Dieselgate’ scandal. Sylvie Goulard (ALDE, FR) also expressed concerns about the new President, pointing out that he “might foster the already growing anti-German sentiment” and that he could “deepen the divide between Europe’s North and South”.

Other politicians have also expressed concerns relating to his history of backing the requests and demands of interest and lobby groups, which could be seen as affecting the European Parliament’s credibility and stability in the public eye.

Tajani is also seen by his critics as an uncharismatic leader who struggles to navigate the many conflicting opinions and demands of the European Parliament in order to create consensus.

Despite the vast amount of criticism aimed at him, he is considered to be a very loyal Member of the European Parliament and of the EPP, maintaining good relationships with other MEPs.  He is also not expected to disrupt the Assembly’s work, and he is likely work efficiently with European Commission President Jean Claude Juncker, who also represents the EPP.

According to officials who have already worked with him, he is a down-to-earth leader who is unlikely to micro-manage, which is a different approach to that of his predecessor, Martin Schulz.

What does the election outcome mean?

With the fall of the “Grand Coalition” between the EPP and S&D goups, tensions in the European Parliament may rise.  The newly formed EPP/ALDE group alliance coupled with the support of the ECR group means that the S&D group are likely to lose ground in the future decision-making process, which, in turn, could lead to them losing the Chairmanship of certain Committees.

Given Antonio Tajani’s past record with interest groups and lobbyists, the outcome of the election could spell good news for representatives of the private sector and industry. 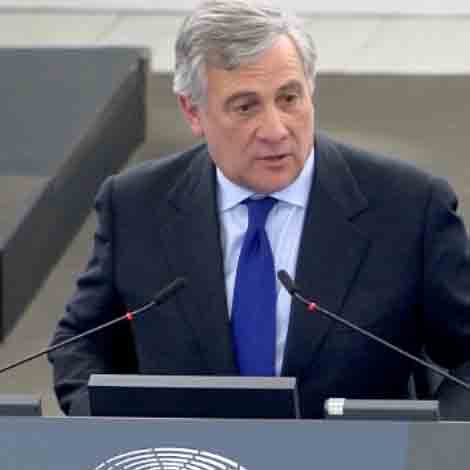