The recent EU-Japan summit was the occasion for President Juncker and Prime Minister Abe to celebrate the recent entry into force of the landmark Strategic- and Economic Partnership Agreements (SPA and EPA). Beyond the significance of the deals for international trade, it also further revealed the growing convergence of views between EU and Japan on advancing liberal values in the international order. This was remarkably reflected in the area of digital policy, with the signature of the so-called “adequacy agreement” on data protection, creating the world’s biggest free data flows area.

In view of this new political impetus, we can expect the EU and Japan to have an increasing impact on the future of digital regulation, given their common values and shared economic interests in the digital economy.

How to deal with large online platforms as “gatekeepers” of the internet is an area where their respective regulatory initiatives converge. While the EU recently adopted its “Platform-to-Business regulation,” the Japanese government has also taken steps towards strengthening the transparency obligations for online marketplaces and the redress mechanisms for their business users. It is now expected to move towards legislative action.

Looking forward, policymakers in both Europe and Japan are currently reflecting on how to tackle issues at the conflation of privacy, consumer rights and competition law. Ahead of the May 2019 EU elections, many political stakeholders are aiming at the “next step” after the EU General Data Protection Regulation (GDPR), which would give users more control over their personal data through a form of data ownership, and break closed ecosystems through imposed cross-platform interoperability or device neutrality. The Japanese government has taken a similar direction, establishing two new working groups on transparency and fair competition, as well as on safe data transfers and data re-use measures.

The institutional context in 2019 opens a unique window of opportunity for Japan and the EU. Chairing the G20 in 2019, Japan hopes to launch substantial talks for “worldwide data governance” and accordingly reform the WTO e-commerce rules, under the concept of “Data Free Flow with Trust” (DFFT): with the same rationale as the EU-Japan adequacy agreement, strong privacy and security protections would allow for the free flow of personal and industrial data globally. At the same time, France is chairing the G7 and is conducting negotiations on setting up an International Panel on artificial intelligence (AI), which aims at supporting and guiding the responsible development of AI. In the latest G7 digital ministerial meeting in May 2019, the EU as a whole and Japan expressed interest for participation. Japan also supported another important French initiative, the Christchurch Call on eliminating terrorist content online.

From platform liability to AI ethics, competition and privacy, the views of Japan and the EU tend to converge and mutually inspire each other’s agenda. At this year’s Davos Summit, Prime Minister Abe said he was “determined to preserve and continue the free, open, and rules-based international order.” In an unpredictable global scene marked by isolationist tendencies and the increasing power of U.S. and Chinese tech giants, Japan may have found its natural ally. 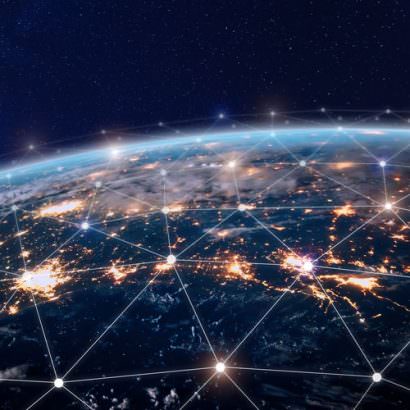