The COVID-19 pandemic has had similar short-term impacts on national economies—suffering from shortages in the healthcare system as well as growing unemployment and poverty gap. However, long-term effects differ from country to country: a sudden “great distraction” from other concerns led to a moment of “great reflection” upon addressing pressing outstanding and new priorities. Failures and successes tested the governments’ past investments on essential services, and showcased current issues and shortcomings.

Nevertheless, the emergency triggered different national reactions and considerations, shedding the light on new public policy problems or pushing old ones back to the top of the agenda.

In Italy, the “great distraction,” caused by the high infection rate of the first wave, led to a phase of “great reflection” upon new priorities and the opportunity to re-think and address long-standing systemic flaws—such as unemployment, poverty and political instability. In its recent multi-country research, APCO Insight found that the majority of Italian respondents feels the crisis is still ongoing and appears to be deeply concerned about the future of their personal, national and international economic outlook. More than 80% of respondents believe the crisis will weaken the global economy and continue rising unemployment, 77% of the total responses underline concerns for a potential increase of the poverty gap and 29% consider unlikely that politicians will cooperate further to tackle and overcome the crisis. Finally, more than half of the respondents feared the emergency will impact their savings. Despite a declining rate, savings still represents an essential source of value and a distinctive trait of the Italian economy.

Given these concerns, tackling Italy’s obsolete procedures by accelerating the digital transformation has appeared as the new urgent, undelayable priority. Reluctance to embrace innovation remains, despite the country’s solid commitment to boost uptake of innovative technologies. In this space, the coronavirus emergency underlined that cooperation between the public and the private sectors is key to achieve fast and effective successes.

From a European perspective, early developments indicated that member states’ tools did not fare better than existing international digital solutions. Foreign technologies – both exclusively or combined with national solutions – kept Europe active despite the lockdowns, while empowering citizens to access information and data that helped track and contain the spread of the virus. In Italy, the experience with the contact-tracing app Immuni testified the importance of combining public and private efforts to achieve common goals. At the same time, private entities’ economic and societal active contributions has been not only acknowledged, but praised by decision makers. In more general terms, Italy’s minister for digitalization advocates for setting up a national cloud, building private-public partnership of know-how and technologies.

In certain areas of the world, the United States for instance, administrations are used to relying on contributions and commitments of private entities in the achieving public policy goals. In Europe, the process is at its early stages, but is progressively taking off. It is enough to think of the symbiotic relations between EU institutions and their private counterparts in the decision-making process.

In Italy, the approach has been different for a long time, with political and civil society historically questioning the private sector’s involvement in public decisions and doubting its integrity and accountability. With the government now facing huge deficits, there is a need to reassess the cost-benefit analysis and seek to explore new models where private funds, expertise and capabilities are used to support public outputs. The pandemic has emphasized that only governments have and can manage essential resources. However, governments lack capacity and skills to manage such complex realities on their own and, within this context, private contributions become paramount.

The opportunity for a new public-private balance lies in the conjunction between Italy’s quest for digitalization and openness towards working elbow-to-elbow with private actors in the next recovery phase. Together, with a growing need for knowledge exchange, Italy will allocate 20% of funds granted through the Next Generation EU programme, in initiatives realizing the digital transformation, requiring the involvement of new tech-savvy partners. At the same time, contribution of innovative businesses can be equally crucial in addressing more traditional priorities, those outstanding challenges that still worry Italian citizens.

During these unprecedented times, it is essential that society works together in building the post-COVID-19 reality. Italy will value such exchange now more than ever. 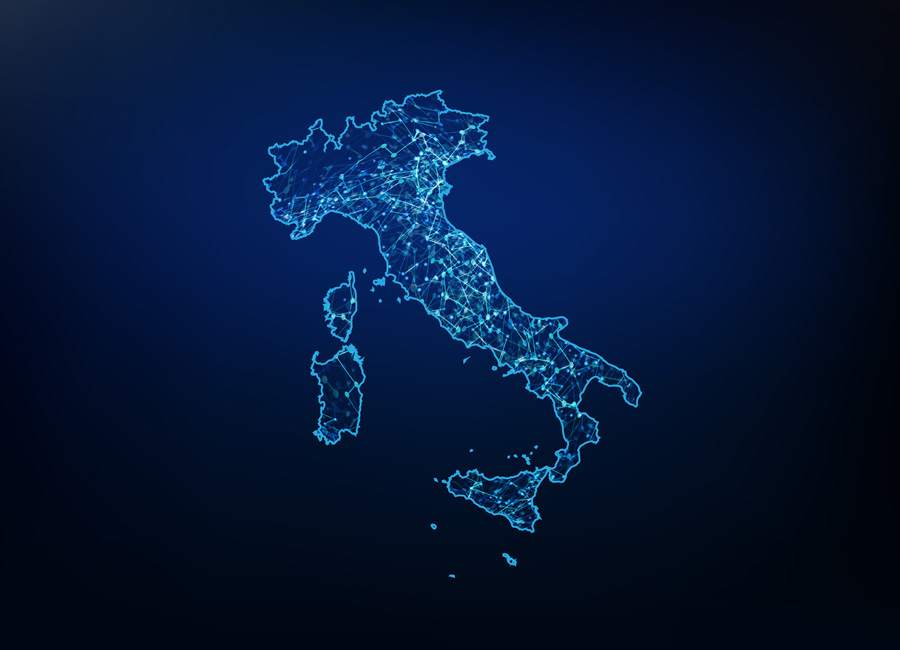