Since Japanese Prime Minister Shinzo Abe announced a plan seven years ago to create a “society in which women shine”—urging more women to take leadership roles in the labor force—conversations on diversity and inclusion in Japan have been focused on the inclusion of women in the workplace.

Acknowledging that the workplace had remained a harsh environment for women who face various forms of discrimination—especially in a society that ranks 121st among 153 countries in terms of gender equality—in 2019, the government finally established laws to ban any form of workplace harassment, including sexual harassment and “maternity harassment” (discrimination against women who are pregnant, on child-care leave or have returned to work after giving birth) to facilitate women’s social advancement.

However, a news conference by a number of female students from six universities reporting on gender-based harassment against student job seekers captured widespread media attention around the end of 2019. The incident inspired female students across the nation to speak up about their traumatic experiences while they were looking for jobs.

Examples of such harassment include asking inappropriately personal questions unrelated to the job offer (e.g., “Do you have a boyfriend?” “Do you plan to get married?”) or giving derogatory comments during interviews, and offering an employment benefit in exchange of some sort of sexual act, or threatening them if they don’t comply with the request.

A survey by Business Insider Japan following up on this topic revealed that about 50 percent of students looking for jobs had experienced sexual harassment during the recruitment process.

This form of pre-workplace harassment referred to by the neologism “shukatsu harassment” (job-hunting harassment) was truly an eye-opener for both policymakers and the general public, who had only been focusing on abuses of power between employees within the same company.

Companies were probably unaware that their employees had been taking advantage of vulnerable students in such a way, as their monitoring did not extend beyond the workplace, and their code of conduct failed to provide protection for job applicants.

It goes without saying that companies with employees that engage in such practices face severe reputational damage. Although the government has not made it mandatory to reveal names of companies that commit shukatsu harassment as they have done for workplace harassment, general media coverage as well as Japanese equivalents of Glassdoor allow negative stories to immediately spread among a wide audience.

When word of discriminatory practices leaks, companies may also find difficulties in improving their workforce. Not only would qualified candidates bypass companies that have had such issues, but discriminatory hiring practices that overlook the applicants’ skills mean that the company is blind towards the most qualified talent available.

Perhaps a large number of recruits had put up with such forms of harassment while they were applying for the job, but their trust and loyalty towards their employers and companies are most likely low, providing them no basis to feel motivated about their roles.

In order to avoid these risks, Japanese firms can consider the following recommendations:

Building on the ongoing progress surrounding inclusion of women, there are additional areas for improvement in Japan, due to its relatively homogenous population. The upcoming Olympics and other opportunities could push companies to consider diversity in terms of race, nationality, language, religion, etc. Once meeting the bare minimum standard of eliminating obvious forms of violation of rights, hopefully Japanese firms can take further steps to foster healthier work environments, such as by tackling unconscious biases. 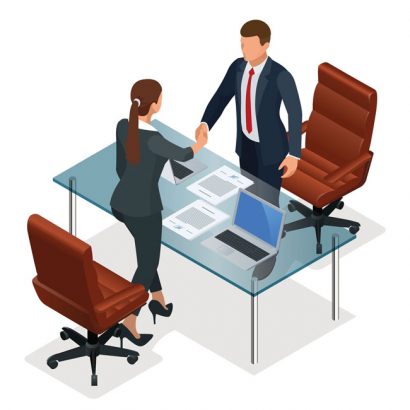