The big game was meandering a bit until the fourth quarter. We witnessed a safe first half of football offensively, resulting in just the fourth halftime tie in 54 games. The second half featured more risk taking, capped by a fourth quarter that saw the Kansas City Chiefs erase a 10-point deficit in the final 9-minutes to secure a 31-20 victory and capture its second Super Bowl victory, 50 years after the first one.

Much like the game, the advertisers were pretty safe with their offerings. In fact, this is the third year in a row of generally unremarkable ads, lacking boldness or offering respite. We enter 2020 mired in an impeachment trial, whose ending was seemingly determined before it began, with the world just beginning to understand the coronavirus and how to contain it, with a declining stock market and continued concern about a weakening economy and potential recession, and with the first votes of the 2020 election just hours away as I post this article. Super Bowl ads in the Trump era have been uninspiring for the most part. In a nation that is as divided as ever, I long for the ads that remind people of what unites us and the brands who understand the platform they have, when two in three adults are watching the game, to define who they are and what they stand for rather than sell product. Once again, I believe advertisers missed a tremendous opportunity.

Unlike most Super Bowl ad reviews, this one doesn’t focus on identifying the funniest or most popular ad. Instead, my review draws attention to the commercials, companies and brands that align to a higher purpose of advocating on behalf of their key stakeholders—customers or employees—to bring their expertise and assets to bear to add value to society. For more on APCO’s perspective, check out our work in Five Acts of Corporate Advocacy, which examines how the best companies fulfill their role as a societal shareholder.

The USA Today Ad Meter counts 62 ads during the game. The majority of them were pedestrian and forgettable. There was no laugh out loud ad, though some did bring a smile to my face (Jeep Groundhog Day, Hyundai Smaht Park and Doritos The Cool Ranch). But when it comes to advocacy and adding to societal value, this year there was again but a handful that rise to this level. It includes a perennial high-achieving brand, a life insurance company, technology company, telecom and retailer. Of the six ads I believe best showcase what it means to be a champion brand putting stakeholders first, five made the top 20 (one was #3) as judged by USA Today’s citizen Ad Raters and the sixth was ineligible as it wasn’t a true national ad.

The first commercial of the night to really draw me in is from New York Life. Its Love Takes Action ad examines the Ancient Greeks’ four words for love. The focus is on agápē, love as an action. I can relate to the boy shaving his head in solidarity with a friend as my own son did that as a college freshman hundreds of miles from his friend and home. It’s about what you do. It focuses on courage, sacrifice and strength. About getting it right. Well, this ad got it right, the subtle plug for New York Life, balanced by the role a life insurance company can play in helping people be good at life.

The Google ad, Loretta, drew me in with the plaintive piano notes and typing in the search bar. The power of Google to help a man remember his wife may strike some as creepy, but I see the utility of the device, particularly in a time of heightened awareness of memory-related illnesses. I’ll admit that as someone who visited Sitka this past summer and counts Casablanca as among my top three all-time favorite movies, I personally engaged with the ad. I loved the simplicity of the man’s ability to store memories and gain access to them as much as the story. It’s that aspect that puts its customer first and empowers him, and why I think a tech company can use its unique talents to add value to society.

Budweiser continues to understand the power of its brand and ability to celebrate their customers in this year’s offering, Typical American. The spot puts people first, highlighting strength, generosity, determination, family, empathy and joy to honor our American essence. The ad has just enough of an edge to get a sense of underlying patriotism without overt flag waving. It was the one ad which played to this sentiment, which should not be absent because of who the president is and how he has corrupted this notion, but doubled down on as a way to remind everyone of the power of our collective spirit and ability to overcome obstacles and help one another.

In a year when first responders seemed to be stretched even thinner than ever, Verizon advocates for  them in The Amazing Things 5G Won’t Do. It put first responders front and center, highlighting the courage, selflessness, bravery and compassion that defines those who serve others in these capacities. It reminds us of how fortunate we are to have these individuals willing to put the needs of others above their own, even as we and they suffer through natural disasters and other tragedy. It’s an example of what is and what is yet to come to facilitate these individuals’ work.

The Kia Tough Never Quits spoke to me as a former football player, who overachieved by believing in myself, and as a father, who tried to pass this feeling and determination along to my children. My circumstances were not nearly as challenging as Josh Jacobs’ growing up, but I still sometimes marvel at the life I have had knowing from where I started. This ad speaks to a lot of people in this way and resonated with the Ad Raters.

I know that Walmart is not for everyone—some loathe the retailer, while others sing its praises and focus on low prices. This commercial wasn’t a national buy—it only aired in 90 local markets, including Washington, D.C.—so it wasn’t part of the Ad Meter. But Walmart’s United Towns ad is an excellent example of a company praising the communities in which it operates, focusing on the hope and compassion in communities that come together to help each other day-in and day-out. The ad does so in an authentic way, using still photos to illustrate and drive home its message to the customers. According to a Walmart spokesperson, the focus of the ad is on “our associates and our customers and the spark we can be in communities to make things better,” which is what a Super Bowl ad should be all about.

How did you feel about this year’s crop of ads? Which were your favorites and why do you think they rise to the level of a societal stakeholder. 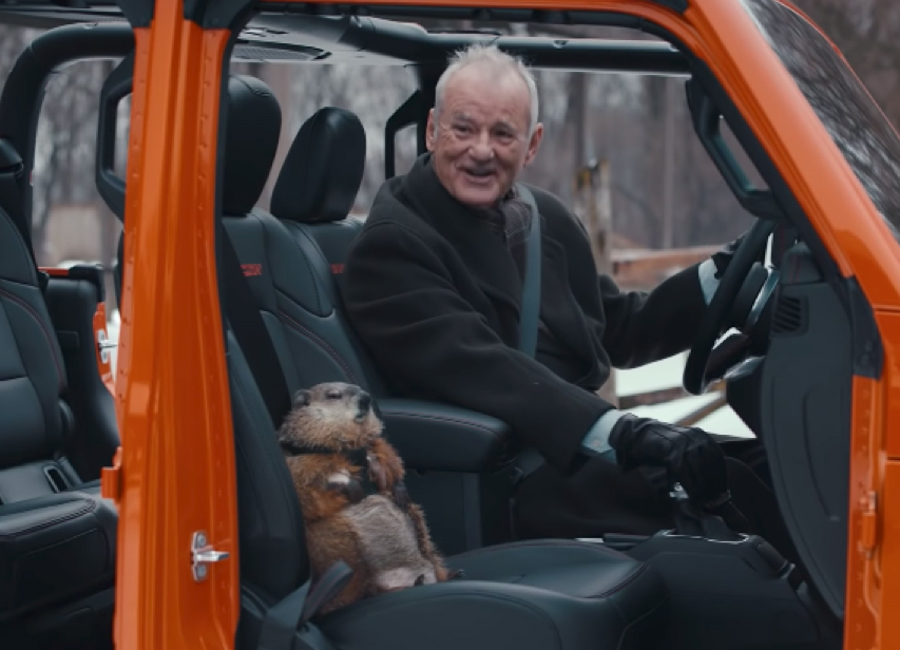