Okay, so that was a boring game for any offense enthusiasts. For those like me who played a defensive position, you must admire the game plans on both sides; holding the Rams to 3 points and the Patriots to 13 is impressive. But always remember: do not bet against Tom Brady when he has the ball in his hands with the game on the line.

Last year, advertisers in the big game played it safe. The commercials were mostly unmemorable (in contrast to the game), with few ads that advocated for something beyond a product. This year’s advertisers mostly took their ads to an even safer flavor of vanilla. Yes, there were plenty of celebrities, but to what end or point. Matching the deficiency on the offensive side of the ball is a similar deficiency in the boldness of the ads (the Bud Light and HBO crossover being an exception). There was just a handful of ads – with four from two brands – that are compelling from an advocacy perspective.

At a time when we are weeks removed from one record-setting federal government shutdown and potentially less than two weeks from another, we are fixated on how we describe securing our Southern border, we have candidates testing the waters ahead of the 2020 election, and the governor of my commonwealth is refusing to resign despite his 1984 racist medical school misdeeds, most ads this year trod a middle ground that is uninspiring and didn’t advance a dialogue about what unites us as a country or how a brand makes society better. I believe advertisers missed a tremendous opportunity to show us what they and their brands are committed to do and achieve.

Recall that unlike most Super Bowl ad reviews, this one doesn’t focus on identifying the funniest or most popular ad. Instead, my review draws attention to the commercials, companies and brands that align to a higher purpose of advocating on behalf of their key stakeholders – customers or employees – to bring their expertise and assets to bear to add value to society. This year, I am reviewing ads through the rubric on my colleagues’ Five Acts of Corporate Advocacy which examines how well they fulfill their role as a societal shareholder. This review will primarily focus on the first three of the five acts:

This year, we had to wait until the second half for the two offenses to wake up a bit and for the ads to pick up as well. Just one ad caught my eye in the first half while six ads resonated in the second half.

I believe Google had the best night in terms of knowing its audience, recognizing and embracing its strengths, and doing not just talking. Its first half ad “100 Billion Words” highlights how people can use Google Translate in various ways to communicate and make connections, telling us the most translated words every day are positive – How are you? Thank you. I love you. In the second half we see an ad “Job Search for Veterans” about something I had heard about previously – how Google now enables our veterans to search for jobs that match the skills they learned in the service of our country by using their military job codes. The repetition of the “seven percent” is a powerful device that speaks to what a small proportion of the population protects us while highlighting the outsized sacrifices they make. The simple imagery shows flashes of who the seven percent is before the final reveal of how Google connects these American heroes to jobs post military. Both ads show Google using the power of their computing to make a difference – for the people who keep us safe and ensure our freedom as well as all of us who seek to make connections with our fellow man.

Likewise, Verizon does a good job knowing its audience and embracing its strengths to make a difference sponsoring two ads in the second half. The first ad “The Coach Who Wouldn’t Be Here” introduces us to Anthony Lynn and his recue story while unknown to him he is introduced to the men and women who saved his life. His heartfelt gratitude comes through and it is clear the first responders are touched as well. The second as toward the end of the game sets up “The Team That Wouldn’t Be Here” which also acknowledges that “first responders answer the call” while Verizon’s job is to “make sure they get it,” directing viewers to watch the entire series of 12 stories at AllOurThanks.com. It is quite a departure for the usual claims about network superiority, free phones and price wars that typify mobile carrier ads. It also shows the power of doing.

Microsoft’s* “We All Play” builds on previous ads that highlight how their products – in this case an adaptive controller for videogaming – are enabling kids to be able to play, connect and be kids. My son pointed out that he recognized Owen and recalled he has been in a previous Microsoft ad. The images of the five children connecting and experiencing the joy of play is powerful as is the notion that “when everyone plays, we all win.” There is an authenticity to the ad that connects emotionally with the audience.

The Washington Post ad “Democracy Dies in Darkness” is a powerful reminder of how we learn about some of the most important stories of our day: through the work of journalists. It captures well the knowing its audience and embracing its strengths aspects of corporate advocacy. The ad is simple in its execution yet detailed in its build to the close of “Knowing empowers us. Knowing helps us decide. Knowing keeps us free.” followed by the Post’s motto “Democracy Dies in Darkness.” It strikes the right tone, celebrating journalism and journalists and while remembering those who gave their life so that we may be informed. The Post also deserves credit for going beyond its own newsrooms to highlight all types of journalists.

These six ads were also well-received with the public who participate in USA Today’s Ad Meter, with each of them within the top 15 rated ads (from among 58 in-game ads rated). The Microsoft ad checks in at #3 with Verizon’s The Coach Who Wouldn’t Be Here at #5.

Finally, I want to acknowledge the Kia ad “Give It Everything” that celebrates its employees, albeit in a less flattering and less inspiring way than Chrysler’s “Imported from Detroit” ad did a few years ago. The Kia ad eventually acknowledge that while these people are not famous they are incredible and make incredible things before revealing the new Telluride (which is not yet available). The ad itself is clunky and depressing in points, but deserves credit for embracing an enterprising culture that makes Kia agile. Given the tight job market and people’s desire to work for a company that matters and supports them, this ad perhaps speaks to this small Georgia town that I drove past a few years ago.

What ads resonated with you in Super Bowl LIII? Which ones, if any, positively changed or burnished your image of them as advocates aligned with their stakeholders?

*Microsoft is an APCO Worldwide client. 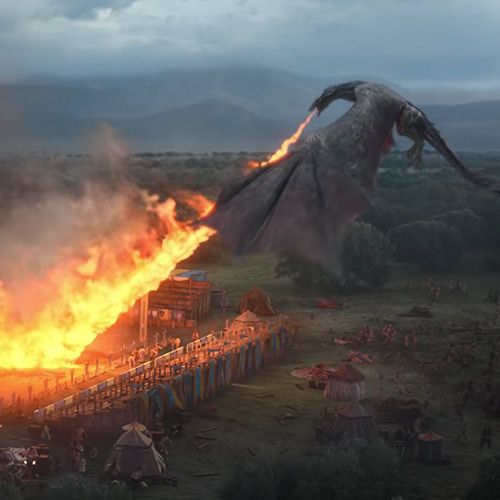