Have you caught your breath yet? Wow, what a finish to a generally pedestrian game through the first three quarters.

The history-making game didn’t go the way most people predicted. The first half belonged to the Atlanta Falcons as their defense stymied Tom Brady and the Patriots whiles its offense was efficient (and a few Patriot miscues helped out). The second half was marked by an uninspired third quarter, unbelievably exciting fourth and efficient overtime.

Unfortunately, the ads generally didn’t match the excitement or energy of the game.

To say that Super Bowl advertisers were operating in a new era this year is a bit of an understatement. Just more than two weeks after the 45th President of the United States was inaugurated the country remains divided politically, culturally and geographically; the two major political parties are fractured; and protests in our cities have become commonplace. A key question for advertisers had to be: Do we engage in what is happening in our nation, ignore it or rise above it?

It appears that many advertisers decided to take a pass or play it safe. Many focused on brand-building, which I believe is the right strategy for a Super Bowl ad, but most of the fourth quarter ads seemed very product- and commerce-focused, transactional in nature. A few ads waded into current political issues and two ventured to rise above the current pettiness.

Readers of this annual missive know that unlike most Super Bowl ad reviews, this one doesn’t focus on identifying the funniest or most popular ad; rather, it draws attention to those that align to a higher purpose of connecting with consumers on an emotional level, those which elevate the brand, address their corporate values and tap into the multiple dimensions identified in our Champion Brand Model:

So, did any Super Bowl LI ads achieve 4A status by tapping into alignment, authenticity, attachment and advocacy? In my opinion, one ad did soar that highly, though it was ineligible for the USA Today Ad Meter panel and wasn’t rated (I, too, typically only evaluate ads that run during the game, but this pause-worthy ad was in a class by itself). Another brand shows promise, coming close to rising to advocacy (and highly rated by viewers).

I hope that you stayed not just through overtime but through the first commercial break after the game to see the Hyundai* “A Better Super Bowl” commercial. The only ad to achieve 4A status is the only 2017 ad filmed, edited and produced during the broadcast itself. Wow! Using virtual reality to provide three members of the U.S. Army 4th Infantry Division stationed in Poland the ability to “watch” the game with their loved ones and tell us a little bit about these individuals and their families over the course of 90 seconds is not only ingenuous but also awe-inspiring. It is the only ad of the night to get me to pause and consider what I had just seen. The opening shot includes a statement that watching the Super Bowl “wouldn’t be possible without our troops.” The fact this ad comes from a South Korean company that knows the importance of U.S. troops certainly adds authenticity to the spot. It aligns with the reality of Midwestern and Southern America who tend to send their sons and daughters to serve in our military. Support for our troops continues to ring true across our divided country and this ad shows Hyundai in a new light. This ad wasn’t about a product or even the brand for that matter; it was all about our troops, their service and three extraordinary families.

In the Audi ad “Daughter,” a father contemplates how to discuss “worth” with his daughter as entertaining images depict her nimbly and skillfully racing against a field comprised entirely of boys. The “so what” payoff doesn’t come until the end credits where we see printed onscreen that “Audi of America is committed to equal pay for equal work” and “Progress is for everyone”, ending with the #DriveProgress hashtag. Having heard about this ad in advance I expected more. I’ll relent and say it touched on the 4As, but I reserve ultimate judgement to see what the company does with the platform it initiated.

Two ads waded into the political sphere but never really went anywhere, at least not onscreen. Like the Audi ad, I am curious to see where Airbnb takes the #WeAccept hashtag and how 84 Lumber concludes “The Journey Begins” not just online but in its stores and actions.

Finally, a note about the Budweiser “Born the Hard Way” ad that generated so much attention before the game. Some view the ad as wading into the immigration debate, especially given its early release right after the president issued his immigration ban affecting travelers from certain countries. Others see the ad as simply telling the story of Adolphus Busch’s challenging journey to St. Louis and introduction to Eberhard Anheuser. The company says the ad tells a “universal story” and Ricardo Marques, vice president marketing, Budweiser, said on NBC News on February 2 “I have been watching reactions to the ad on Twitter this morning. The ad is doing exactly what we intended, which is to inspire an entire nation.” The ad is entertaining, eye-opening and informative. In any other year, it would not be judged political and not been given much notice. It would be a simple brand-building ad, absent Clydesdales, Dalmatians and puppies.

So, while many advertisers took a pass or safe approach this year, a few waded into the fray and two rose to the level of advocacy. How did you feel about this year’s offerings?

*APCO does work for Hyundai in the United States on its Hope on Wheels program which is committed to helping kids fight cancer. 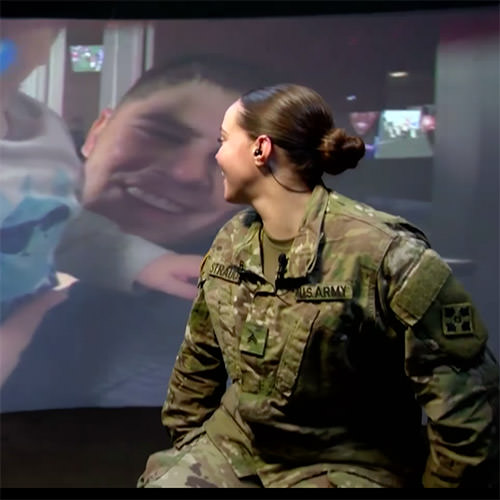