Both the United States and China have been trying to engage Europe as a counterweight amid their rivalry. Despite China’s wish to sustain a cordial relationship, the EU’s harder stance towards China on a range of issues leaves more questions than answers.

Last week the EU and China completed their virtual summit, with European Council President Charles Michel, European Commission President Ursula von der Leyen and German Chancellor Angela Merkel linking up with Chinese President Xi Jinping. The videoconference substituted what was meant to be one of the highlights of Germany’s Council of the EU Presidency: a summit between China and the EU in Leipzig, Germany.

Optimism on a possible breakthrough in the ongoing investment agreement negotiations has waned in recent months, as differences between the two global powers on a number of issues have come to the fore. Whether it be trade and investment, human rights or cooperation in innovative industries, neither side seems willing to substantially adjust their position to accommodate the other, creating a much more uncertain business environment for companies operating between the two regions. Businesses on both sides could become collateral damage if the relationship sours, but competition in key strategic industries such as digital technology could also spur new growth and executives should remain attuned to these opportunities as they evolve.

EU leaders had expected that China would have by now finally delivered the goods on an investment agreement which has been under negotiation since 2013. In April last year China had promised to give European companies equal treatment and put an end to forced technology transfers. Germany has made concluding the agreement one of its key goals to achieve during its EU Council presidency but has been let down by Beijing’s intransigence. As far as Brussels is concerned, the ball remains squarely in China’s court. European Commission President von der Leyen has stressed that it is not about the EU and China meeting halfway on the issue of market access, and that further concessions from China are necessary to address existing imbalances.

Chinese President Xi Jinping made no clear pledge to rectify existing asymmetries, but rather professed his eagerness to secure a stable trade and investment relationship with the EU in his speech at the summit. He called on both sides to speed up negotiations on the investment agreement and made clear his desire for the two economic blocks to maintain close links, even as China is shifting its focus towards its domestic economy under the concept of “dual circulation”. Chinese state media’s comparison of EU-China ties with worsening U.S.-China relations suggests that China understands how important a stable and positive relationship with the EU is for its continued growth. Yet unless it responds to Brussels’ wishes, it may leave its partnership with Europe on very shaky ground. It is all well and good for Beijing to try and secure a continuation of the status quo, but the EU, with Germany and the forefront, is now demanding further concessions.

Without a relationship anchored in economic self-interest, governance and human rights issues could derail cooperation between the two sides. An appetite to react strongly against the severe repression and violations of civil rights in Xinjiang and Hong Kong is growing ever larger amongst EU officials. Now Germany, which is usually most reluctant to raise such sensitive issues in public for fear of damaging the relationship with Beijing, is openly voicing criticism. Under German leadership, the EU Council has particularly delivered a clear message to China that they are concerned about the preservation of the “one country, two systems” principle in Hong Kong.

The EU’s elevated criticism has unsurprisingly been met with pushback from China. President Xi reasserted at the summit that China “resolutely opposes any country’s interference in China’s internal affairs”, and reminded the EU that China is willing to strengthen exchanges based on the principle of “mutual respect”. Notably, Xi’s clarification of China’s stance was worded in a much more mild manner in comparison with the Chinese government’s pushback against U.S. comments and actions on human rights issues in China, suggesting a greater tolerance for criticism voiced from Brussels. Nevertheless, as far as is Beijing concerned these issues remain fundamental matters of national sovereignty and security, and should the EU continue to apply pressure, Beijing could well stiffen its stance in other areas.

A third area of great importance to the relationship is technology cooperation and the digital economy. Beijing has identified Europe as a useful alternative to technology partnerships in the United States, yet Brussels is becoming ever more cautious. With Chinese tech companies facing pressure in the United States, President Xi is keen to sure up a welcome environment for his digital champions in Europe. Xi has explicitly encouraged the EU to maintain a non-discriminatory business environment and to protect the legitimate rights and interests of Chinese enterprises. Faced with the ominous danger of U.S.-China tech decoupling, China is eager to hold onto its other partner for tech cooperation.

Through acquisitions and R&D collaborations, China has indeed been expanding its technology footprint in the EU in recent years. However, the aforementioned forced tech transfers often inherent in such partnerships and China’s state-driven industrial and technology policymaking has made European countries increasingly wary of closer cooperation with China in the digital sphere. Following advice from Brussels, EU member states are adopting or upgrading investment screening tools and reconsidering the role of Chinese vendors in their digital infrastructure. Planned EU investments in 5G, AI, cloud and cybersecurity technologies as part of the EUR 750 billion post-pandemic recovery package are aimed at consolidating Europe’s own digital economy and technological leadership vis-à-vis China. Companies in this sector should monitor developments to align themselves with EU priorities and take advantage of additional funding sources.

EU-China relations appear to be at a crossroads and COVID-19 could be the defining marker for a new stage in ties between the two economic powerhouses. Whether an investment deal is concluded by the end of the year will be a strong indicator of how the EU and China will engage with each other in years to come: primarily as a partner or as a rival. Assuming a deal is reached, openings into new sectors of the Chinese market could offer a boon to European companies, and a way out of the economic doom and gloom of COVID-19. 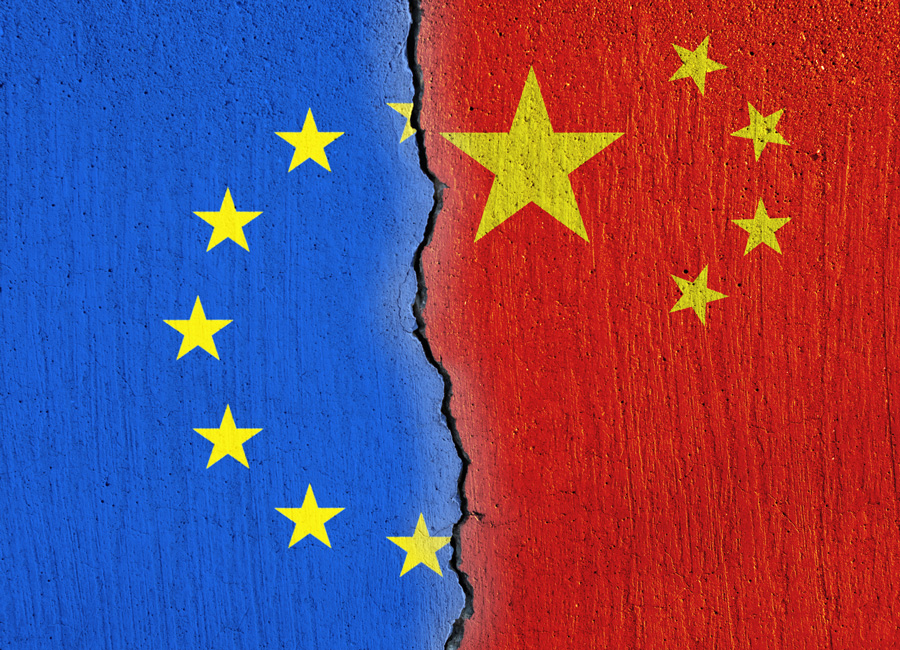