Europe’s energy transition is certainly well underway, but has the progress on bringing the Energy Union project to life been fast enough? According to EU Climate and Energy Commissioner Miguel Arias Cañete, the European Commission has done its part and put all legislative proposals of the Energy Union project on the table. Now, “all is in the hands of the European Parliament and Council”. The time has also “come to mobilise the society to take it even forward and engage actively in developing the solutions of the future”.

These are the conclusions of the third State of the Energy Union report, presented in Brussels on 24 November, only a week after the conclusion of the UN climate talks in Bonn (COP23). The report takes stock of the progress achieved since Brussels unveiled its flagship strategy for a “Resilient Energy Union with a Forward-Looking Climate Change Policy” and looks forward to the year ahead.

Let’s take a closer look at the main findings of the report and the challenges at stake for businesses and investors. Here are our three main takeaways:

From year of delivery to year of engagement

It has been three years since the European Commission announced its Energy Union plans, and while not everything is in place yet, the Commission has delivered its part as promised. Some may argue though that not all proposals put forward have been as future-proof and ambitious as originally planned. The latest example is the Clean Mobility Package, where the Commission has attempted to find the right balance between ambition and realism.

We are now at a “critical juncture”, as it is up to the Member States and the European Parliament to conclude the work on the Clean Energy Package and to start discussing the Clean Mobility Package. To be successful and reach a swift agreement, they need to “redouble their efforts”, says the Commission.

Labelled as the “Year of Engagement”, 2018 should see the start of mobilising the society. While a wide engagement will be key, particularly one year ahead of the next European elections, a lot, however, remains to be delivered for the Energy Union to become a reality. Interinstitutional negotiations for key Clean Energy files have not yet started and will only kick-off in 2018, and swift agreement between Member States and the European Parliament is highly unlikely on most of these files. Add to this that the work on the Clean Mobility Package is still to be launched, 2018 will have to continue to deliver tangible results.

Focus on energy infrastructure with a shift towards electricity projects

The main message of the latest State of the Energy Union report is that Europe still faces quite some hurdles when it comes to integrating its energy markets and modernising its energy infrastructure. So far, only 17 Member States have reached the 10% interconnections target set for 2020, the electricity markets continue to struggle to integrate new technologies and demand side response services, and many “energy islands” persist. Looking beyond 2020, the Commission now proposed three operational thresholds to meet a new 15% interconnections target by 2030, each of them corresponding with one of the energy goals of sustainability, security of supply and competitiveness. The aim is to monitor progress in a more transparent way and identify areas where Member States may lag behind.

The main tool for reaching the target is through the implementation of Projects of Common Interest (PCI), key infrastructure projects that support EU climate and energy goals and can therefore count on EU funding. In line with recent pledges, the unveiled third PCI list includes an unprecedented number of electricity and smart-grids projects (110 out of 173), aimed at integrating renewables into the grid or improving grid’s resilience and flexibility. To industries’ satisfaction but NGOs’ despair, the European Commission will also continue to fund 53 gas projects and 6 oil projects, reaffirming that energy security and competitiveness remain at the top of EU priorities alongside climate change. Moreover, the list of PCIs includes – for the first time – four cross-border carbon dioxide network projects. This sends a strong signal that the European Commission has not lost hope in the potential of carbon capture and storage (CCS). Although praised for its role in limiting CO2 emissions, the CCS technology has so far seen little progress worldwide and not moved beyond a handful number of demonstration projects due to its high investment costs.

Alongside the State of the Energy Union report, the Commission published its annual report on the functioning of the European carbon market, which found that 2016 saw 2.9% of emission reductions and the ETS surplus falling to the lowest level since 2013. Branded as the EU’s flagship tool for tackling climate change, the EU ETS has been undergoing an important overhaul in recent years to correct the system’s current design flaws, which resulted in a surplus of permits due to low demand and consequently in an ineffective carbon price. New rules introducing the Market Stability Reserve (from 2019 onwards) have been finally agreed this month after lengthy negotiations. There are two important take-aways:

In this context, the announcement that the EU and Switzerland signed the first ever agreement to link their carbon markets comes as positive news. According to experts, linking cap-and-trade schemes could help address competitiveness and carbon leakage concerns related to different levels of climate action between various economies. Many expect more countries to negotiate bilateral carbon trading arrangements alongside the UN process, with the EU already increasing its technical cooperation with countries like South Korea and China.

To conclude, the changing geopolitics of the energy market and the momentum spurred by the Paris Agreement are shaking up the global energy landscape. If the EU aspires to demonstrate its low-carbon leadership and enjoy ‘first mover’ advantages in this critical juncture, it needs to make its Energy Union project a success story. Yet many challenges prevail. Member States still need to finalise their draft post-2020 integrated national energy and climate plans by early 2018. It also remains to be seen how quickly Member States and the European Parliament can find a common ground on the Energy Union policy files. One thing is clear: there is not much time left ahead of the 2019 European elections. 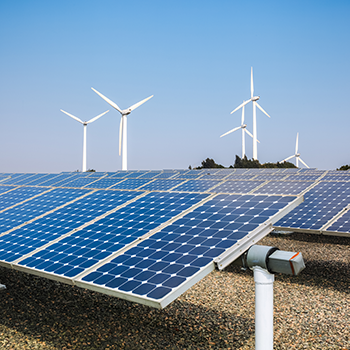