With online platforms accessible for everyone to receive and share information, taking a stance on social and political issues is no longer enough for corporate leaders to receive recognition and trust from the public and other stakeholders. Instead, actions speak for corporations’ attitude and allow them to stand out from competitors. Whether it is a business decision, an internal initiative or CSR activity, the result and impact that actions bring to the issue give it validity and potential for improving corporate reputation and perception.

In a 2017 survey, APCO sought public reactions to how CEOs responded to the executive order banning travel for visitors and immigrants from Muslim-majority countries to the United States. Out of the examples given, respondents reacted most positively to the tangible and action-based response by the CEO of Airbnb, who offered free housing to people affected by the travel ban. People felt most less positive about Dropbox’s CEO as he called out the Trump administration’s order “un-American.” From the respondents’ feedback, positive reaction was generated from CEO responses where ‘’the company took an actual, active approach to do something positive rather than throw words or cash at the issue’’ while people disliked other responses such as Dropbox’s, because it is a “gesture designed to provoke a reaction and not to illuminate a way to resolve or revoke.”

One of APCO Tokyo’s clients provides an example of the positive public relations companies can receive by taking a proactive stance and backing this up with action. Currently, Japan is still not a LGBT-friendly country, ranking #50 on Gallup’s 2014 list of Top Places for Gay People to Live. There are only few business leaders that advocate and act on improving the diversity and inclusion landscape for sexual miniority employees. In this environment, the client company’s CEO stands out. He remains personally engaged in this area and has joined Tokyo Rainbow Pride with his team, gave speeches to LGBT job-seeking students about his own story as a gay man, and carried out internal LGBT ally training for all of his 6,000 employees. His story and wide range of actions was featured in top tier media, earning him and the company positive responses on social media as a pioneer on LGBT issues in Japan.

Firstly, when leaders take a stand for social or political issues, it needs to not only be done because it is the right thing to do, but the message needs to align and represent the companies’ values and business practices. On one hand, it cannot be too far removed from the actual business that it doesn’t make a lasting and strong connection with what they believe in (hello random one-off donations to a well-known charity). On the other hand, it can also not be too close to the business so that it becomes a marketing activity people roll their eyes at, or be close to the business but not practiced in their own work.

A food and beverage company sending their employees out to volunteer at a foodbank, while not working on reducing their own food waste, is hardly convincing, and is high in social risk and being called out. If one is to take a stand that is ill-aligned and not part of their wider business and communications strategy, it is arguably better for the company reputation to stay quiet until they figure it out.

Secondly, impact matters. What has come out of actions such as public appearances, donations, the volunteering days, the initiative or the education provided that take their place on websites and CSR reports? What outcome can we see from the public stance that a leader has taken, apart from the act itself or the social media buzz? What was made possible for society?

In this day and age where corporations and their leaders are looked at for showcasing social values instead of just economic value, social acts need to show concrete result in order to matter (and not be buried into our newsfeeds).

To ensure this, it is important to select an area where the unique input can make a difference. Whatever the actions are, they need to be planned just like the overall business itself—what are the untapped areas that society requires corporate support for, and how can resources be used effectively to achieve the ideal outcome?

Finally, global companies need to take into account the local landscapes. One successful message around a corporation’s stand on social issues does not directly translate into other markets. A successful and risk-free approach always goes back to the first two points—does it align with the companies’ values and business practice, and will it have an impact—and then adds the local context.

One of APCO Tokyo’s clients in the defense and technology space embodies the three how-tos. Headquartered in the United States, they run several STEM-related educational initiatives, directly reflecting their business areas such as robotics and rocketry in the programs. They also sponsor events that grow the community around the educational topic to eventually make it self-sustaining and evolving. And they make the effort to adapt programs to take on societal challenges and needs unique to specific markets.In Japan, the client focuses on educating young female students in STEM, based on government data that shows a clear lack of females pursuing STEM careers. And they do not just talk the talk—specifically, their female CEO, the 20% female-executives and 30% female-members of board walk the walk in a usually male-dominated field to confirm that their program of encouraging women in the STEM field is ingrained in their corporate culture.

With transparent and impactful results to show, such as a 30%+ growth in female participation in related national competitions and a three-fold increase in applications to the CSR program within three years, it is demonstrating value that resonates with many and mitigates risk of having unintended consequences.

The time, effort and human resources that a corporation and the leaders themselves offers to society requires deeper thought than a quick return-to-investment analysis attributed to a typical marketing activity. Such factors take more thought and transparency to be acknowledged. Whether it will be taking a stand through corporate communication or CSR activities, social risk is possible to avoid, so long as actions are long-term, genuine and impactful. If the goal is quick return, consumers and stakeholders will see right through. 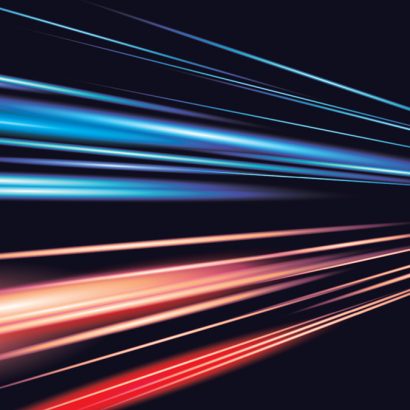