In the wake of Europe’s seismic political shifts, it is more important than ever to understand Brussels.

The continent of Europe has experienced seismic political shifts in recent years, marked by the seemingly inescapable rise of populism and the collapse of many “traditional” political forces.  With Brexit monopolising parts of the world’s attention not already focused on U.S.-China trade dispute and fake news, it is easy to miss the changes that are happening in the “Old World.” The results from the recent European elections, which APCO’s Brussels team has expertly analysed on its EU elections website, provide a clear demonstration of the historical shifts happening in the EU. The significance of these changes for individuals, communities and the economies in Europe and far beyond should be underscored.

The European elections have seen the rise of new political forces and the collapse of some traditional ones. In France, the two parties that dominated politics for decades were left with only 14 seats out of 79. By contrast, the Green Party has risen considerably across most of Europe and is now a powerful political force—in the European Parliament it is a larger group than either the populist Identity & Democracy and the right-wing European Conservative & Reformers. Perhaps the results indicate Europeans’ exasperation with decades-old political status quos, but it is equally possible that the issues they care about, and vote upon, are simply changing.

With a new European Parliament and the imminent change in leadership at the European Commission, the European Central Bank and the European Council, new European agenda(s) will have a chance to blossom into policy and law. It is, therefore, more important than ever for business and political leaders around the world to pay attention to what is shaping the European agenda and driving the changes we are seeing. The EU’s actions on these issues will, almost certainly, reach far beyond European borders, following the example of the still fairly recent General Data Protection Regulation (GDPR). There are four issues in particular that all should keep a close eye on: climate, technology, trade and populism.

1. Answering the Call for Climate Action

The single most important driving force in Europe for the next five years will be the perceived need to deal with the “climate emergency.” Public pressure calling for climate action has continued to escalate. We need not look further than Greta Thunberg’s activism, the School Strike for Climate movement across the continent and the activities of Extinction Rebellion in the UK to understand the scale of the concern and sense of impending catastrophe that are starting to define public sentiment in Europe. This is reflected in the striking surge in popularity of climate action candidates, resulting in the Green/EP alliance gaining 75 MEPs and becoming the fourth largest alliance in the European Parliament. European Commission Secretary General Martin Selmayr has already conceded that in light of these electoral wins, the Commission will incorporate the “green agenda” into its working plan.

This will inevitably affect businesses. The UK, hardly at the core the European project, has announced a 2050 net-zero carbon emissions target, and Brussels is expected to apply increasing pressure on all member states to do something similar. Indeed, we can expect the EU to attempt to institute a vast array of measures designed to aid the decarbonisation of the economy, including: new energy efficiency targets; the continuation of the Circular Economy legislation in a 2.0 package; and higher emissions standards for the transport industry.

As a result, exporters to European markets may be hampered by more stringent EU product standards, whilst carbon-intensive industries—from energy generation to aviation and shipping—should expect challenges ahead. Almost any business will need to think about its ability to adapt to, and thrive in, a greener Europe. At the same time, this shift is likely to bring opportunities for innovators, not least of which will be likely increased funding for disruptive energy technologies, such as batteries and alternative modes of generation. Companies ready to take advantage of the changes will reap the rewards.

The new lineup of the EU institutions is unlikely to bring much good news for big tech companies. They will continue to be scrutinised on a wide range of issues, from privacy and perceived monopoly power to platform liability and corporate ethics. The $1.5bn fine imposed on Google in March was just the latest indication of Brussels’ direction of travel in the tech space. Significantly though, we may be seeing two changes that will add to burdens facing big tech. The first is that competition authorities from some of the notionally more “liberal” member states in the New Hanseatic League are beginning to pay closer attention to the behaviours of tech companies. Second, it seems that discussions in Europe about how to regulate competition in the fast-moving digital world are moving away from ex-post cases and towards ex-ante interventions. In other words, the new EU institutions may find themselves more inclined to intervene ahead of time, rather than after the fact.

These competition concerns could easily become elided with an incoming MEPs’ interest in tech companies’ duty of care towards their European constituents and European democratic processes, not to mention their responsibilities to contribute appropriately to national tax revenues. At the same time, the populist coalitions in the European Parliament are now more influential. Whilst they might choose to join protecting their constituents against “foreign tech,” they could equally choose to disrupt the social and economic agendas that they might perceive as underpinning their ideological opponents’ moves against tech. Therefore, some aspects of Europe’s tech policy could potentially end up more fragmented and unfocused than in previous years.

All in all, this means that businesses should closely monitor the EU’s tech agenda over the next five years. The impact of EU regulation in this space will be felt far beyond the borders of the EU, as seen with GDPR. Any business dealing with data or other digital “assets” will probably need to comply not only with regulation within Europe’s borders but also as it applies in relation to other parts of the world. Equally, the tools that the EU chooses to develop to regulate “big tech” could end up being applied across other sectors, and not just to the biggest corporations. Being ready to anticipate these changes in the business landscape will be a clear advantage when formulating a medium-term business strategy.

With the current global rules-based free trade system under attack, the EU seems set to emerge as its strongest champion. Even when faced with President Trump’s import tariffs on steel and aluminium, the EU remained steadfast in attempting to de-escalate tensions and defend global, rules-based free trade. EU member states approved a negotiated mandate for the Commission on trade talks with the US, focused on industrial goods and product conformity standards. However, negotiations will remain long and protracted, as the US continues to push for the EU to liberalise its agricultural market to the detriment of businesses across Europe—notably including the substantial (and domestically politically powerful) French farming sector.

The EU’s commitment to protecting free trade remains a positive factor for global businesses. The bloc will not contemplate lowering its stringent rules on agricultural products, but the car industry may face fewer regional protections. It will be in the interest of many multinational and global business to be able to build a position that can leverage Europe as a stable platform not just for business but also for advocating a return to free(r) trade policies around the world.

Last but not least, the EU agenda from 2019 to 2024 will continue to be shaped by the consequences of Brexit and by the consolidation of populist parties across the continent.

The “will they, won’t they” saga of Brexit should come to a head in the coming months, as the clock runs down once more. The election of a new Conservative leader by 22 July will ultimately shape the direction of Brexit: a Boris Johnson premiership seems more likely to lead to a no-deal Brexit, whilst a Jeremy Hunt premiership could return us to the same problems Theresa May had faced. The EU might offer something to PM Boris by way of the Political Declaration, as a final throw against no deal, but this would require both imagination in Brussels and political lubrication in Westminster; if one or the other of these two processes falls short, a prompt no deal beckons. With PM Jeremy—not Corbyn, unless a no confidence motion in the new Tory leader’s government leads to a general election and a Labour victory of some sort—the EU will almost certainly be forced to resolve its position on extending the current October deadline, which is not an absolute given. The clarity that businesses can expect in the final quarter of 2019 may well be that which comes with plunging off a cliff edge, rather than kicking a can down the road.

Meanwhile, populist and far-right coalitions around Europe, and the reaction they have already begun to stimulate from opponents such as the Greens and President Macron’s “Renew Europe” movement, will shape the political landscape of several member states. These national political tussles will have a knock-on effect on the EU via the Council—the institution that represents the changing roster of member state governments. Increasing illiberalism in some member states may mean legal uncertainty for businesses and uneven implementation of EU policy at the domestic level, whilst a determined anti-EU block may hamper progress on specific legislative agendas, notably on the climate. Ameliorating these risks may well mean businesses working with populist politicians in national capitals and in Brussels, rather than trying to ignore them.

The Europe of the next five years will prove both increasingly challenging and full of opportunities for businesses, NGOs and others with a stake in policy-making and regulatory enforcement. Being unfamiliar with the intricacies of Brussels and its many contradictions, some newer than others in light of the contrasting agendas of populists and greens, will be a disadvantage. The new Parliament and the new Commission are both likely to be very active on issues of global consequence, not least the environment, trade and tech regulation. It is more important than ever for companies and countries around the world to pay close attention to the new things taking shape in the Old World. 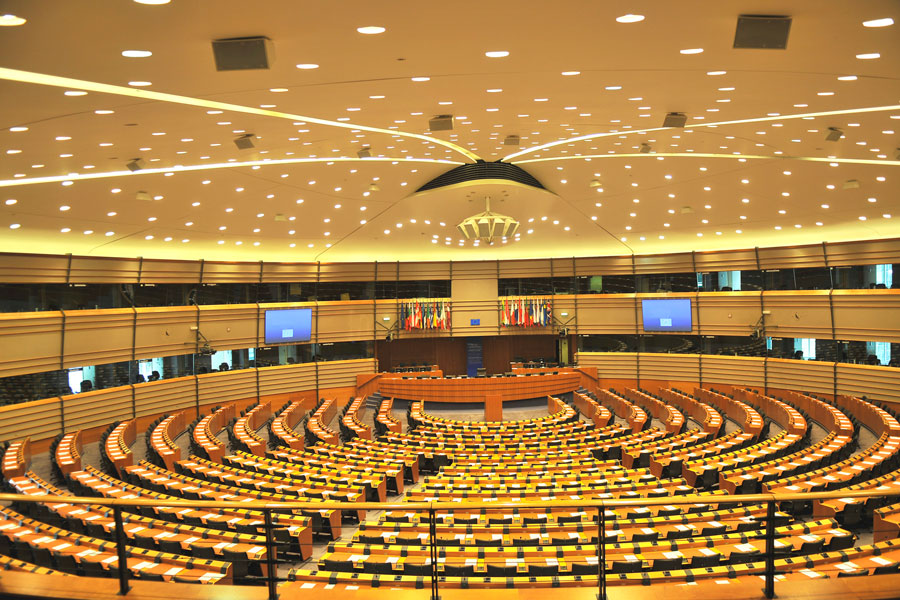