“Die Politik ist die Lehre vom Möglichen,” said the definitive German statesman Otto von Bismarck; “Politics is the art of the possible”. The current situation of Greece and its creditors may be showing the limits of that insight.

When announcing the referendum, Prime Minister Tsipras described the bailout plan proposed by Greece’s creditors as a “humiliation” and the required austerity as “unbearable”. His “radical left” Syriza government has started campaigning for a “No” vote, against the bailout plan. The political nature of this approach is underscored by the fact that the original offer of the bailout plan will have expired before the referendum. Furthermore the referendum question, as currently proposed, translates from the Greek into something akin to: “The Greek people are hereby asked to decide whether they accept a draft agreement document submitted by the European Commission, the European Central Bank and the International Monetary Fund, at the Eurogroup meeting held on June 25.” Given that the cited document is lengthy and technical, Greeks are clearly being asked to decide on the basis of something other than a sophisticated understanding of macroeconomics.

In fact, from Prime Minister Tsipras’ perspective the referendum is not a democratic “last stand” but just one more negotiating tactic in a high-stakes game of nerves with the EU. Speaking to Greek TV on Monday evening he claimed that Greece would not be forced out of the Eurozone by a “No”, as the Eurozone is “not going to do that because the financial cost is huge”. In his view, “the greater the participation and the rejection of this deal, the greater the possibility will be to restart the negotiations to set a course of logic and sustainability.”

By contrast the consensus position of the European Commission, of the leaders of Germany, France and Italy, and of the major parties in the European Parliament is that Greece has the democratic right to a referendum but that its sudden execution reflects badly on Prime Minister Tsipras. Relationships have been badly strained; in a display of leadership Commission President Jean-Claude Juncker spoke of his personal sense of “betrayal” and of the fact that the democratic rights of one country in Europe cannot outweigh the democratic votes of other countries. Furthermore, Europe has hammered home the message to Greeks that they cannot view the referendum as a negotiating tactic but as a fundamental and existential question for Greece. President Hollande of France has stated that “what is at stake is whether or not Greeks want to stay in the Eurozone […or…] take the risk of leaving”, whilst Matteo Renzi, Prime Minister of Italy, tweeted “The point is: Greek referendum won’t be a derby EU Commission vs Tsipras, but euro vs drachma. This is the choice”. For Europe a “No” vote is de facto a vote against Greek membership of the Euro, a currency the majority of Greeks have never wanted to quit.

Both sides remain careful to say “the door remains open” to solutions. Commission President Juncker and Prime Minister Tsipras spoke on Monday night about some form of debt relief (perhaps extended loan maturities, lower interest rates, etc.). Reports indicate the ideas are receiving active consideration by Prime Minister Tsipras. Were he to accept it, he would have to campaign for it in the referendum. This would be something of a turnaround and would surely require a rapid response as Eurozone leaders are meeting in an extraordinary summit on Wednesday 1st July to discuss the situation.

Amidst all of this high-stakes politics are the voters of Greece, queuing to collect no more than €60 a day from ATMs, with banks closed until at least Tuesday 7th July. This is going to be the first referendum in Greece since 1974 (when the monarchy was disposed of) and a pair of opinion polls carried out just before the referendum was announced show that most Greeks want to stay in the Euro and to avoid a “rupture” with the EU. One poll had 57 percent supporting a deal with the EU, with 29 percent wanting “rupture”. The other found 47.2 percent would vote for a new, painful agreement with Greece’s creditors, compared to 33 percent who would vote “No”.

At the same time, issues such as reports of American and Chinese pressure on European leaders to find a solution; the fall of markets across the world; S&P’s downgrade of Greece; worries about a potential 20th July “hard default” on €3.5bn of Greek bonds held by the European Central Bank; the disruption of the economically critical tourist season; and the strategic threat of Greece falling out of the Euro and into a pro-Moscow orbit, all add to the tension. The politics of it might still be possible but it certainly won’t be easy. 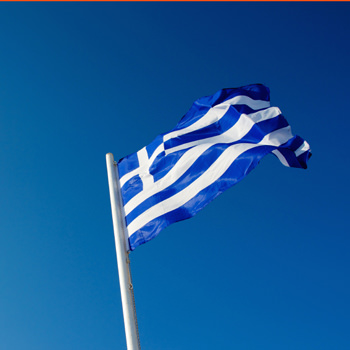