Is 30 percent a sufficient target?

The recent European Commission Clean Energy jumbo package, and more specifically the Energy Efficiency Directive component thereof, was the topic of an APCO Forum lunchtime debate in Brussels on 31 January. The audience mostly consisted of representatives from the industry and members of the press, who engaged in a lively discussion with the panellists.

While business representatives in the room unanimously called for a higher energy efficiency target than the 30 percent originally proposed by the Commission, Anneleen Van Bossuyt MEP (Belgium), shadow-rapporteur for the ECR group, would rather see a wording of “at least 27 percent, binding at member state level”.

Indeed, as both Alix Chambris from the European Alliance of Companies for Energy Efficiency in Buildings (EuroACE) and Thomas Nowak from the European Heat Pump Association (EHPA) said, 30 percent is only the starting point, and there is potential – and the need – for much more if the EU is to meet its targets agreed at the climate conference in Paris. The recast of the Energy Performance of Buildings Directive (EPBD) and the Energy Efficiency Directive (EED) are the main legislative instruments from the Commission to make the regulatory framework for energy efficiency up-to-date and moving on the right track towards realising the EU’s climate ambitions.

Conservative MEP Anneleen Van Bossuyt, shadow rapporteur on the energy efficiency file, took a different stance. “I will plead for a goal of at least 27 percent by 2030” she said, thereby reaffirming the initial EU target set by the Council in October 2014. The Flemish MEP recalled that energy efficiency implies significant costs which will be borne by consumers, and gave an example given to her by the city of Antwerp who have calculated a total cost of €1.5 billion to the city to meet the 2020 energy efficiency target. She maintained, however, that unlike renewables where member states have different starting points and opportunities based on geography – “we all know the sun never shines in Belgium so let’s invest where there is actual potential” –  on energy efficiency, all member states should pitch in at the same level, and therefore the targets should be binding at member state, rather than at EU level. After all, the green market is a major opportunity that has the potential to create a significant number of jobs in Europe. So, the short-term cost is a longer-term economic opportunity.

Regardless of the starting point on what constitutes an ambitious target, at the end of the day, it all comes down to finance: all speakers agreed there is a need to step up efforts in terms of finance and that smart financing can play a crucial role in meeting the targets. Not all consumers can afford, or prioritise, renovating their house. But how can the EU leverage investment in energy efficiency, and step up renovation levels? Ms Chambris, who works for the Danish energy solutions company Danfoss*, urged all to seize the huge opportunity that current low capital rates represent. To step up on energy efficiency we need to tackle two overarching and interconnected issues: one is the lack of awareness and understanding of the potential of energy savings and benefits, and the second is the many barriers which could be removed with a regulatory approach. EuroACE is working to tackle these.

On this point Ewout Deurwaarder, policy officer on energy efficiency at the European Commission, outlined the big shift in focus from technology to consumers with the Clean Energy package. While big data represents one of the key drivers in improving energy efficiency, better information on energy consumption could also help engaging consumers making the right investments. This, he said, was the role of the industry.

Bringing innovation to the market

Consumer engagement might be key, but it still rests on technical solutions. We need to develop more of these new, innovative solutions, the Belgian MEP argued, saying the automation of heating, cooling, lighting, and home appliances could generate high energy savings. While that is true, countered Thomas Nowak from EHPA, there are also already existing technologies and tools on the market that are not used sufficiently. The simple use of a heat pump, for instance, can save up to 80 percent of energy.

In summary, the message from the private sector was that while they have been and are strongly proactive in developing new business models and creating innovative solutions to improve energy efficiency, many hurdles still remain, not least around the predictability of future investment climates. As a member of the audience highlighted, “we’re making our investment decision for post-2020 right now”. As ever, businesses are counting on the Commission’s package to remove these existing barriers and create incentives for investors and consumers.

As the file just arrived in the European Parliament and the Council, discussions are expected to continue over the coming months. The Maltese Presidency has made energy efficiency a priority on its agenda, hoping to make significant progress before the Estonian Presidency takes over in July. 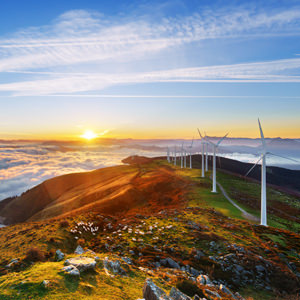