China’s reliance on non-renewable energy sources has long been a subject of heavy international criticism. However, over the past decade, the country’s policies reflect a shift in government priorities to greener and more sustainable development practices, with socio-economic stability the ultimate goal. The efforts include the formulation of an “energy revolution,” characterized by ambitious goals to reduce carbon emissions (by up to five and 10 percent in certain regions from 2017-2020), increase renewable energy adoption and increase the country’s use of gas and nuclear energy sources.

In 2012, Chinese President Xi Jinping enshrined the concept of “ecological civilization” in the Communist Party Constitution, which marked a significant paradigm shift in the central government’s approach to environmental protection and energy transformation. This was followed up with a pledge in 2015 to cut greenhouse gas emissions by 60 to 65 percent by 2030 from the 2005 levels, right before the 2015 United Nations Climate Change Conference in Paris. This signaled China’s ambition to be an active player in global efforts to adopt more renewable energy sources.

As the above-mentioned policy shifts and international commitments draw China further into the international spotlight, the question remains—how will China meet its ambitious plan to step up sustainable development efforts and achieve its “energy revolution”?

China has undoubtedly made significant strides in its transition to more sustainable energy consumption over the past decade. For instance, from 2012 to 2018, China reduced the proportion of coal-generated energy from 68 percent to 59 percent of the country’s energy mix. Moreover, not only has China become the leading market for solar panels (Beijing manufactures about two-thirds of solar cells installed worldwide today), wind turbines, and electric vehicles, it has also been the top investor in clean energy for nine out of the last ten years.

Despite these commendable achievements, there are still significant challenges facing China’s path to greener energy consumption. Specifically, the central government’s policies over the past several years suggest that China still needs further technological innovation to ensure efficient generation and storage of energy from renewable sources.

As follow-up measures to the 12th Five-Year Plan, the National Development and Reform Commission (NDRC) initiated a program in 2013 to compile a catalogue of low-carbon technologies for promotion in key industries, based on voluntary technology recommendations from companies. The NDRC made further updates to the program in 2017 in alignment with the 13th Five-Year Plan for Energy Conservation and Emissions Reduction. This is also aligned with the 13th Five-Year Plan on National and Scientific Innovation, which specifically highlights clean energy as an area where technological innovation should be achieved from 2016 to 2020. These policies demonstrate China’s recognition of the importance of technology in its drive towards greener energy consumption, as well as the role of companies as significant sources of innovation in its path towards more sustainable development.

How Multinationals Can Participate in China’s Energy Transformation

The Chinese government has shown a willingness to engage industry players who can make valuable contributions to the country’s search for sustainable energy solutions. Potential opportunities for foreign enterprises are highlighted by the latest catalogues of energy-conserving and low-carbon technologies issued in 2015 and 2017, which included recommendations from companies headquartered in Denmark, Japan, and India. With specific regard to green energy solutions, the 2015 catalogue encompassed a case study on the use of subcritical hydrothermal liquefaction technology by a Japanese company to convert biomass into biofuels.

Such opportunities for foreign enterprises to participate voluntarily in government initiatives will likely persist into the future, as China continues to reassert its commitment to the global fight against climate change. Following the handover of environmental protection responsibilities from the NDRC to the newly restructured Ministry of Ecology and Environment (MEE) in 2018, a new round of voluntary recommendations of energy-conserving and low carbon technologies from companies was initiated on December 6, 2019. Beijing has also promised to show the “highest possible ambition” towards greenness when drawing up the upcoming Five-Year Plan.

Finally, recently passed legislation such as the 2019 Foreign Investment Law and the Implementation Regulations of the Foreign Investment Law, include provisions to protect intellectual property and end forced technology transfers. These measures, coupled with the phase I U.S.-China trade deal, demonstrate the government’s will to alleviate the concerns of foreign companies when doing business in China, including when making technology recommendations.

Recommendations for Foreign Companies in China

Considerable opportunities exist for innovative foreign companies to strengthen their relations with government by contributing to China’s “energy revolution.” To seize these opportunities, companies should: 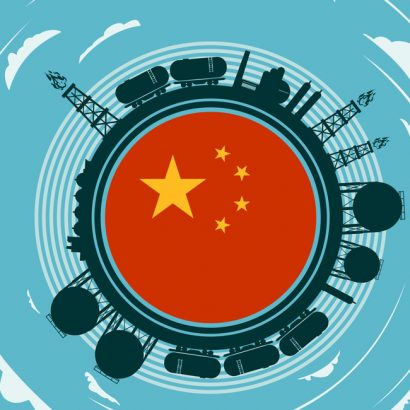