Infrastructure week is finally here. No, not the Trump Administration’s frequent – but often ignored – call out to improve U.S. infrastructure over the past year. This is the sixth annual, week-long event from May 14-21 organized by Infrastructure Week, a non-profit group coordinating more than 100 events across the United States focused on bringing together policymakers, businesses, and everyday citizens to spotlight the state of America’s infrastructure and how we can improve it. The series of activities is a great opportunity to elevate the importance of infrastructure for our economy, but to also make the case that improvements should start at the town, city, and state level.

It’s hard to deny the facts on the state of America’s crumbling infrastructure. According to the American Society of Civil Engineers, the U.S. economy could lose upwards of $4 trillion in GDP and 2.5 million jobs because of the “infrastructure gap” – the gap between the current investment and the growing list of needs. In addition, more than $1.3 trillion in property lies in the pathway of deteriorating levees, dams, and other critical infrastructure – putting local communities at severe risk. The World Economic Forum recently ranked the United States a dismal 10th in the world in quality of overall infrastructure.

Lack of Progress on the Federal Level

The call to upgrade of our nation’s infrastructure – roads, bridges, rail, ports, airports, energy grid, telecoms, etc – has certainly received the requisite bipartisan awareness – if not support. Some of the biggest influencers in Washington – Chamber of Commerce, AFL-CIO, Business Roundtable, etc – for several years have vocally supported funding for large-scale infrastructure improvements, but Republican opposition to greater federal government spending on has stalled efforts.

The administration’s plan released in February called for $200 billion in federal funds, with hopes of spurring $1.3 trillion from states, cities, and the private sector. However, the plan went nowhere, with little support from both Republicans (who opposed the additional government spending) and Democrats (who called for more than $1 trillion in new federal funding).

While President Trump and Congress don’t appear to be passing any major infrastructure funding legislation this year, this is still an ideal time for businesses, trade associations, states, and cities to take advantage of the increased attention on the crumbling state of American infrastructure. The examples of local action on infrastructure are both wide ranging and notable. In 2016, Los Angeles County voters passed Measure M, which implemented a permanent tax to fund city infrastructure projects totaling $120 billion over the next 40 years. While in Colorado Springs, the city passed three separate measures improving water and road infrastructure.

Though public-private partnerships have historically gained little traction in the United States (unlike Australia or England), there are recent examples that could be modeled across the country. Pennsylvania is partnering with a group of private companies to rebuild almost 600 small bridges situated in rural areas. In Detroit, the Michigan Department of Transportation is leveraging a public-private partnership to replace 15,000 freeway lights, which will save taxpayers $13 million over the next 15 years.

However, 17 states currently do not allow these types of public-private partnerships, and several other states allow them in limited cases. In addition, many states and cities do not keep an up-to-date inventory of the assets it owns, their condition, and the ongoing cost to either maintain or replace them. Larger scale reforms (such as incentivizing public-private partnerships via tax credits) or smaller solutions (updating the latest information on local infrastructure assets) can help towns, cities, and states bridge the shortfall in funding until the federal government is able and willing to step in with long-term resources.

Shifting Away From DC And Towards Local Community Advocacy

As Washington remains gridlocked on a path forward to solve our infrastructure challenges, organizations should engage their state and local governments to advocate for a sustained approach to infrastructure improvements. By sharing insights into new innovations, partnering with community leaders, and raising awareness, organizations can develop real solutions to the problems facing our transportation, water, energy, and communications systems. These solutions are vital for the American economy and now is the time to act. 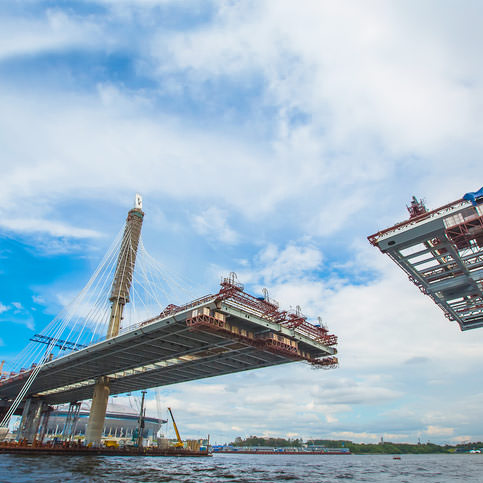