On 8 November, the European Commission published its Clean Mobility Package, taking a “decisive step forward in implementing the EU’s commitments under the Paris Agreement” by outlining measures aimed at decarbonising the European car and van fleet.

Coinciding with COP23 in Bonn (Germany) and with the recent dieselgate scandal in mind, expectations were high from many environmental and consumer groups as well as green industry to see the EU come forward with ambitious car emissions targets.

Among the key points of the Clean Mobility Package are new CO2 standards, introducing a 30% reduction target of the average CO2 emissions of European cars by 2030 compared to 2021, with an interim target of 15% by 2025. Rather than introducing binding targets for car manufacturers to encourage the uptake of zero-emission vehicles (ZEV) and low-emission vehicles (LEV), the Commission is instead suggesting incentives through a scheme that would result in more flexible C02 targets for automakers if they achieve a share of ZEVs and LEVs which is higher than the proposed benchmark level.

Whether this goes far enough depends on who you ask. The car industry has overall welcomed the package while feedback from environmental and consumer groups is less euphoric. “Juncker’s early Christmas present to the car industry” is how the NGO Transport & Environment referred to the Clean Mobility Package. They are not alone in being disappointed about the ambition level of the package. With green activists having originally called for a 60 % 2030 target, the 30% 2030 CO2 target that made it into the final text is far too close to the 20% target advocated by the automotive industry, they feel. The disappointment is augmented by the fact that the final proposal also did not include any reference to a ZEV mandate that would have introduced a binding minimum target for the percentage of clean vehicles produced by all car manufacturers.

So, what happened to this proposal? Why did the Commission water down this initiative and what could be the consequences for the future of EU industry?

Despite a tainted reputation following the dieselgate and recent cartel allegations, it seems clear that German industry has had significant influence during the elaboration of this legislative package.

For most EU environmental and consumer NGOs, German car manufacturers and parts suppliers are responsible for the “lack of ambition” of this proposal as well as for the withdrawal of the ZEV mandate.

According to media reports, it was, however, not only the active lobbying efforts of the German car manufacturers’ trade association but also the direct involvement of German politicians which weakened the Commission proposal.  German Foreign Minister Sigmar Gabriel for example sent a confidential letter to President Juncker just a few days before the publication of the package, insisting on the negative consequences of a too ambitious Clean Mobility Package for the EU’s competitiveness. Meanwhile, a number of EU transport and environment ministers from countries without major car industries, including Austria and the Netherlands, also sent a letter, calling for a 40 percent emission reduction target by 2030 and a quota for electric vehicles. The latter were not heard.

Might the European Commission’s approach lead to unintended consequences for the EU auto industry?

We all know the incredible story of Kodak. One of the most innovative and successful companies in the world which did not manage the big shift to the digital era.

While the Commission argues that this package will enable EU industry and create a “level playing field between actors in the industry”, some fear the contrary, arguing that the perceived lack of ambition, rather than ignite and spur on the industry may instead lead to a “Kodak effect” for the European car industry.

Because where the EU appears to dither, others move forward: In September 2017, Chinese authorities officially announced that they would start phasing out fossil fuel cars and set a 10% minimum quota of clean vehicles in 2019. Considering the size of the Chinese market, this ambitious incentive will most likely attract important investments in the field of low-emission mobility, give Chinese companies a first-mover-advantage and position Chinese industry as a potential future clean mobility world leader.

Now that the proposal is on the table, discussions between Member States and in the European Parliament will commence. These will no doubt be heated – the two fronts, who are both arguing around job creation and competitiveness, have been clearly lined up: some believe we need more, and others less, ambition to best unleash Europe’s car industry potential going forward.

It is also worth bearing in mind that this initiative is not the only effort by the Commission to reform the European land transport sector. The Commission plans to publish a “Connected Mobility” Package in Spring 2018, addressing other strategic issues for EU competitiveness, especially regarding connected and automated driving; a currently unregulated area at EU level with significant implications for automakers, independent operators and consumers.

While many things still remain to be seen, one thing is clear: The last active year of the Commission ahead of the next EU elections in 2019 should have a decisive impact on the future of the European mobility sector. 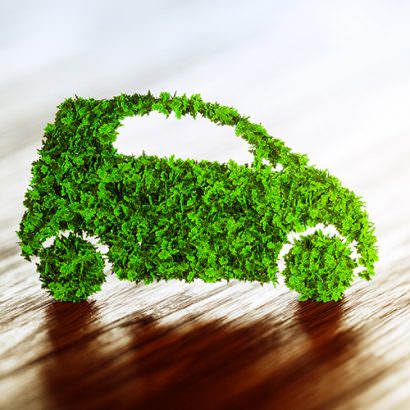