This article was originally published in the Diplomat Magazine.

Simon McGee, Boris Johnson’s former Foreign Office press secretary and now executive director at APCO Worldwide, reflects on Johnson’s record as foreign secretary and mayor of London, and looks ahead to the prime minister he may become.

BORIS IS AN ONION. Not literally of course. There’s the visible outer layer: deliberately dishevelled blond hair, entertaining turn of phrase, one of the most recognisable Englishmen on the planet. And there are multiple layers beneath: at the very core the son, brother and father still known to his family as Al (Boris is his second name and one that only came to prominence at school), with the man known to friends and associates scattered among remaining concentric rings.

While Boris’s general appeal is based on the outer onion layer – including full marks in those modern-day public relations tests of being able to hold a pint of beer like an ordinary human being and to eat a bacon sandwich without awkward face contortions – the reality is of course more complex and occasionally contradictory. And given he is now almost certain to move into Downing Street on 22 July, or shortly after, I thought it was worth sharing a few thoughts and impressions for Diplomatmagazine readers including those who are expected to churn out diplomatic telegrams on the next British prime minister. I should say that I do not claim to have a special connection with Boris; I was not a political appointee, he inherited me as Foreign Office press secretary from his predecessor Philip Hammond, and I happen to believe that sanctioning a ‘no deal’ Brexit, with the immediate and unpredictable chaos it ignites, is deeply misguided. But in my two years advising him, briefing him and travelling with him across the world I got to know and like the man. So, here’s my tuppence worth.

To begin with, I don’t believe that it is possible to predict the success (or otherwise) of a Johnson Downing Street by his much-maligned record at the Foreign Office. A narrative has developed that he was a slapdash, gaffe-prone foreign secretary completely out of his depth in the diplomatic salons of the world. It is a crude caricature – fanned by understandably upset Remainers in Parliament, the senior civil service and media – with some basis in fact, but not as much as some would want you to believe.

It is true that there were bilateral meetings in which Boris miscalculated and grossly overestimated the dose of bonhomie required. And he sometimes framed a conversation in terms fit for a hustings in an English provincial town hall, as he sought to establish a human connection with an audience, rather than in sober terms designed to soothe and reassure highly sceptical technocratic European counterparts still taken aback by the tone and success of the Leave campaign. I also found his repeated references to Britain’s never-to-be-diminished thirst for prosecco and his appetite for political cake-eating grating in the extreme and counterproductive, and I didn’t hide that view from him.

The Nazanin Zaghari-Ratcliffe mis-speak in 2017 was of course deeply unfortunate. When Boris was asked about the case towards the end of a long grilling in front of the Commons foreign affairs select committee, he should have given the correct text book answer instead of trying clumsily to report to the committee what the Iranians themselves had claimed. It handed Tehran, which is effectively holding her hostage as a bargaining chip, the ability to pretend that his comments had influenced the country’s supposedly impartial legal process.

But it is also true that Boris impressed often in both style and substance, while remembering that the job of Foreign Secretary itself – while dripping in bling and status – is not an easy one in which to achieve much. When Boris first met his French counterpart Jean-Marc Ayrault it emerged that, unusually for a modern foreign minister, the Frenchman spoke very little English. So, Boris conducted the bilateral entirely in French to the very substantial relief of a grateful Ayrault. Boris, who contrary to perceived wisdom usually did read his briefing papers and who was more punctual for morning meetings than some other Cabinet ministers I have worked for, also had the stature, optimism and energy to get things done or at least to try.

A former colleague, still senior at the FCO, judged that Boris’s chairing of a plenary session of the Commonwealth Heads of Government Meeting in 2018 – when he stitched together an agreement from 53 countries on a difficult joint declaration in just two hours – was the most impressive and skillful performance by a British foreign secretary that he had ever witnessed. I also saw the effort Boris put into trying to move the dial on two of the most difficult challenges out there: Yemenand Libya. Boris’s fame opened every door he walked up to – an unbelievably powerful asset for the diplomatic service – enabling him to engage with foreign leaders in both formal and informal ways not always open to British foreign secretaries. Many of us saw Boris’s emotional quotient as a net asset not a weakness.

Not that it’s easy to clock up demonstrable achievements and successes as foreign secretary; high-level foreign policy is dictated and pursued by the prime minister, and there are few ‘breakthrough moments’ like an Iran JCPOA. Boris wanted to do and not only to grandstand in a great office of state. He was deeply irritated that his space for effecting change was so narrow and felt that at least as Mayor of London he could identify a problem, determine a solution and allocate a budget to fix it.

So perhaps a far better indication of what a Johnson-led Government will look like can be drawn from his two terms as Mayor of London. For starters, he will once again be able to surround himself with the team he wants. As Mayor he was able to pick capable deputy mayors and advisers whom he trusted to get on with the job. When appointed to the Foreign Office in 2016 his first pick for political chief of staff, the very capable ex-BBC journalist Will Walden who had served as his communications chief at City Hall, was petulantly blocked by No 10 for no apparent reason other than Walden being good at his job. The talk of Boris acting as chairman rather than chief executive is right; he’s a leader not a manager, helicopter view not internal wiring, and he’s a big enough man to not be afraid of being outshone by the talent of others.

A Boris premiership should also see him returning to the centre ground, although he would say he’s never left it. Boris’s political compass is far more liberal and internationalist than some of the major arguments for Brexit suggest. He sees himself as a citizen of the world – he only renounced his UScitizenship in 2016 and is proud of his Turkish heritage – and is personally far more relaxed about immigration than the vast majority of his party. If Brexit led him to becoming the Marmite politician (either loved or hated) then No 10 could encourage him to return to the political cross-dressing of his days as a Tory mayor in a Labour city that forged his earlier reputation for being the only Tory politician who could reach beyond his party’s traditional base.

Look out too for the return of the grand project. The idea of a new ‘Boris Island’ airport in the Thames Estuary may be dead and buried alongside his garden bridge across the Thames and the actually bonkers suggestion of a bridge across the English Channel, but there’ll be another big idea along soon. High Speed 2 and Heathrow expansion are both projects he opposes, although I think it more likely that he’ll cancel the former than the latter. More than anything, it’s the thought that counts and it’s an indication of how he thinks; in big, ambitious and colourful strokes when others might worry about cost, viability and all the things that stop one from doing something. He’s the ultimate advocate of ‘why not?’ International counterparts who can fire up his imagination will find him to be a willing and energetic partner.

As Boris enters the final straight towards his fourth role in life – after playing journalist and writer, city mayor, and Brexiteer foreign secretary – it will be fascinating to see whether the multi-layered man who emerges for his greatest test can heal the country and deliver the promises he made when he changed this country forever in 2016. 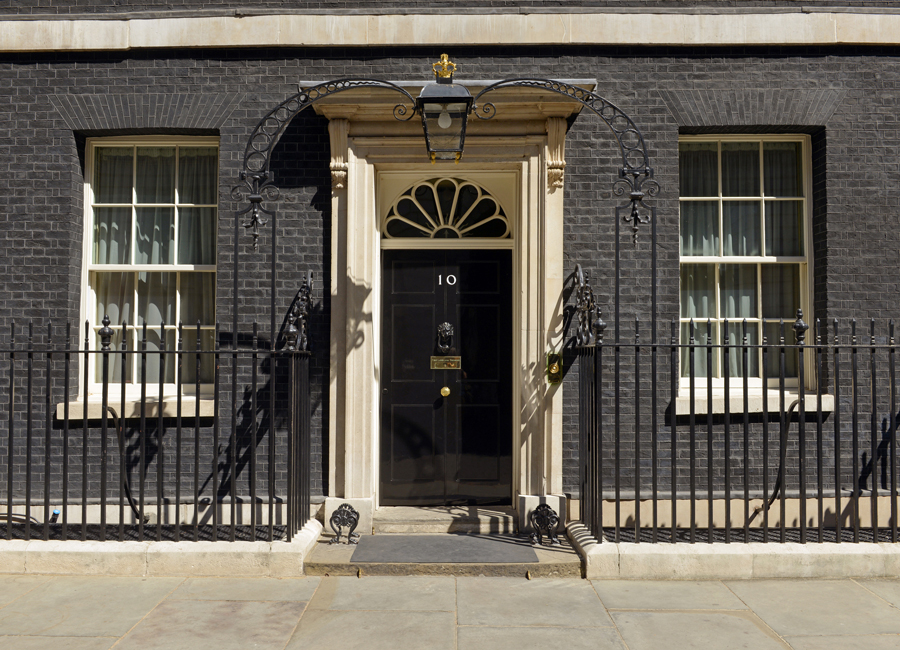