It’s probably a little strange for an Englishman to be writing this. But then, the Moon landing, which marks its 50th anniversary this week, had a profound effect on me. I’m not quite that old, but clearly remember visiting the Kennedy Space Center in Florida, when the Apollo missions and their aftermath were still very much front of mind.

To a wide-eyed child who had already encountered another world when he moved from leafy rural England to Oklahoma City a year prior, the Space Center represented the epitome of science, discovery and what human beings could achieve. Seeing the enormity of the facility, and the equipment used to land on the lunar surface, was not just thrilling but symbolic of the hope that, despite the economic pressures of the mid-1970s, the Moon landing represented for our own planet.

Fast forward 40-something years and space exploration has taken a back seat to the other pressures Earth faces today. Of course, as we run up to the anniversary this week, the media is already filling with nostalgia, untold stories and stock-taking analysis of when we may next visit the Moon—perhaps as a pit-stop en route to Mars. Brands are queuing up to get in on the act too.

While those missions to the Moon were ultimately short-lived, the small step taken on that July day in 1969 was undeniably one of the most important moments in human history. Briefly, people everywhere stopped, and came together. We had shot for the Moon, and made it. As technologies continue to advance at a breakneck pace, however, businesses and consumers alike must be cognizant of possible future implications.

Which was why a new book on the potential future of Earth that landed on my desk a few days ago seemed all-the-more poignant. Novacene‘s author, the renowned scientist and inventor James Lovelock, is soon to turn 100. Which makes the vision he sets out, of a world in which super-intelligent robots tolerate sharing the planet with humans, even more remarkable. Hundred years ago, the development of artificial intelligence was something of a moonshot, but it is now about to manifest itself in ways that could end the run of human beings as the dominant force on our planet.

As we remember those first steps this weekend, and how Armstrong was moved when he looked back from the surface of the Moon towards Earth, Novacene is a pertinent and chilling reminder of our need to continue to push the boundaries of what is possible, but also to keep technological progression in check.

As many companies grapple with bringing AI and automated technology closer to the heart of their corporate stories, they are discovering a growing need to ensure that this level of capability—beyond what humans can currently accomplish, or beyond the limits of human efficiency—is applied for the right reasons, and with full consideration to the potential social drawbacks.

While 50 years ago, the public mood may have been for technological progress at any cost, today’s intelligence-driven social horizons are more complex. Understanding the broadest implications and reputational considerations of an age of greater intelligence has become paramount. 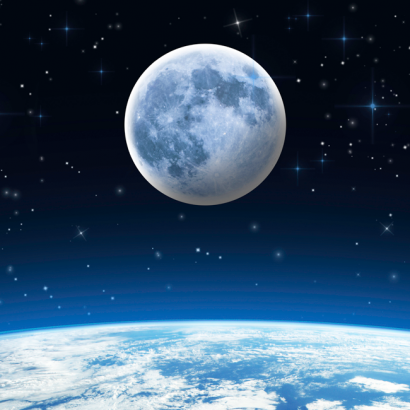