APCO Worldwide’s team in Paris recently published a study on the CAC 40 CEOs’ communication strategies since the start of the COVID-19 pandemic.

Since the beginning of the pandemic, blue chip companies and their leaders in France have had to adapt their communication to a whole new context. Large companies have adopted different strategies, including discretion or, on the opposite end of the spectrum, hyper-communication. Thanks to quantitative and qualitative analyses of both traditional media and social networks, APCO Worldwide can offer an in-depth, 360-degree analysis of CAC 40 CEOs’ communication.

In the B Corp and corporate purpose era, actions to support the communities are an essential prerequisite for the positioning of the business leader in the media landscape and on social networks. Never in recent years have CEOs been so committed to environmental, social or societal causes.

The unprecedented period we are going through is no exception to this trend, during which the announcements of CAC 40 companies are receiving increased attention and, for some of them, constitute a historic commitment. But while the first announcements received significant media coverage, the multiplication of initiatives by French executives and companies very quickly raised the “entry ticket” to become part of the circle of the most committed executives.

It would be wrong, however, to think that the commitment of companies and their managers is simply a matter of communication. Only authentic, credible and legitimate approaches have a chance to emerge in the current context and to avoid any accusation of “COVID washing”.

This issue of authenticity seems so important that the CEOs of the three French luxury giants of the CAC 40 – LVMH, Hermès and Kering – have not spoken directly in the media despite massive actions to help the authorities and caretakers with a reorientation of production, donations to hospitals and decisions not to weigh on the State budget. A generosity and commitment that are therefore intended to be discreet and embodied only by the brands.

Ten key learnings have been drawn from the analysis of CAC 40 CEO communications during the recent weeks, including:

Ten CEOs have particularly distinguished themselves as leaders during the crisis. Stéphane Richard (Orange), Sébastien Bazin (Accor) and Antoine Frérot (Veolia) form the top three as a direct result of the commitments they have made, speeches given and innovative initiatives started.

In addition, despite facing this unprecedented crisis, several companies have mobilized themselves to support the communities surrounding them, both in France and abroad. All the solidarity measures announced since the beginning of the crisis total more than one billion euros. These sums have notably allowed the allocation of resources to manufacturing essential products and financially assisting employees affected most by the crisis.

In addition, journalists—who have also had to adapt their work methods to meet the health and safety measures in place—have launched new formats, disrupted their schedules and imagined new ways to let their audiences discover the backstage of the CAC 40, with CEOs appearing in videoconferences during the evening news or on social channels. In this context, the business media are the ones that have interviewed the highest number of CEOs since the beginning of the crisis. BFM Business and Les Echos are at the top of their respective categories.

For more information, download the full study (in French) here. 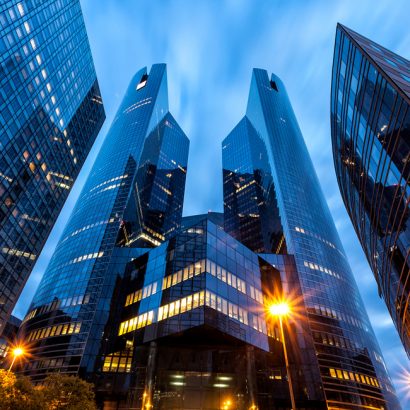