South Asia, consisting of eight nations that account for 27 percent of the world population—Sri Lanka, Bangladesh, India, Afghanistan, Pakistan, Bhutan, Nepal and the Maldives—is an extremely diverse region with different geographical features, economic status and political systems. The region is home to a diverse group of tribal populations, each with distinctive features, as well as social and economic status.

According to the World Bank, South Asia is the fastest growing region economically, with gross domestic product (GDP) growth set at 7 percent in 2019 and projected to increase to 7.1 percent in 2020 and 2021. While many tribal groups in South Asian nations have been socially empowered over the last seven decades after gaining independence from colonial powers, they still need support for economic development, making a compelling case for involvement of multilateral institutions.

The World Bank is already supporting several projects for indigenous people in South Asia, including a $10 million project for education of Baloch people in Pakistan, coastal embankment project in Bangladesh protecting about 200,000 people from cyclones, disaster mitigation in Nepal and partnering with India’s rural livelihood mission.

Likewise, the Asian Development Bank has taken up similar projects building social infrastructure, and providing education and skill development for tribes in Sri Lanka, Nepal, Bangladesh and India. Unfortunately, many tribes in South Asia continue to suffer from food insecurity, deforestation, malnutrition, border terrorism, water scarcity and other challenges that ultimately hamper the growth of the country’s GDP per capita and living standards.

More than 800 million people in South Asia currently live in areas with increasingly rising average temperatures—that are projected to become moderate to severe hotspots by 2050—and approximately 256 million people still live in poverty—surviving on less than $1.90 a day. Most of those affected by the environmental and economic hardships are from tribal areas dependent on agriculture and allied sectors.

What Limits Multilateralism in South Asia?

Serious political differences and asymmetrical GDP growth among South Asian countries—with India accounting for 80 percent of regional economic growth and the second largest economy accounting for 10 percent of the growth—have hampered the establishment and adoption of multilateralism in South Asia. Issues like widespread poverty, poor health indices, uncertain climate conditions and lack of education find inadequate attention from the national governments and the policy framework across the subcontinent, limiting the reach of multilateral institutions. These problems have also stalled success of economic integration that was sought through South Asia Free Trade Area (SAFTA), under the aegis of the SAARC (South Asian Association for Regional Cooperation).

In an environment of global economic slowdown, South Asia has an opportunity to revive its economic growth through structural, social and community development. In turn, effective economic assistance by multilateral agencies requires involvement of national governments. Furthermore, agile partnerships need to be built, not just between governments and multilateral institutions, but also with other vital stakeholders, including business communities, civil society, thought leaders and tribal influencers.

Public affairs specialists play a vital role in promoting cooperation between national governments and multilateral agencies, allowing for political complexities to be set aside to strategize ways to advance the economic and social development of under-privileged populations and tribes in the region. There’s also an opportunity for international businesses to help drive growth in the region by creating economic opportunities—filling in the gaps in areas that multilateral institutions have failed to address—and promoting sustainable development by behaving responsibly. This will not only revive multilateralism is South Asia but also set an example of preserving the heritage of tribal societies.

For multilateral agencies, South Asia presents key opportunities to showcase the effectiveness of development initiatives, and to demonstrate how economic development and tribal cultures can coexist. 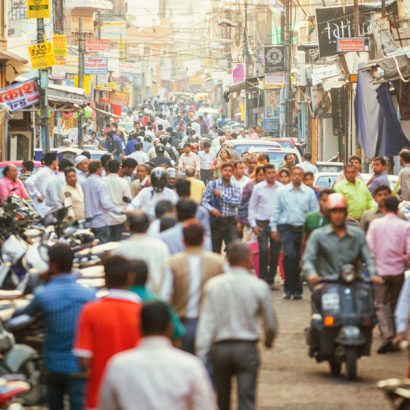