Since the second half of 2021, several of China’s leading real estate developers have run into serious financial distress, many facing difficulties in repaying their dollar-denominated bonds. The largest of them—Evergrande Group—which has struggled for months to repay debtors, is preparing a major debt restructuring plan. A string of other developers including Kaisa, China Aoyuan, Fantasia and Fortune 100 are experiencing similar distress. With their total combined debt now estimated at USD 5 trillion, there are serious concerns over the stability of China’s real estate sector and the potential impact of the crisis on the wider Chinese economy and contagion effect in other sectors.

THE ROOTS OF THE CRISIS

According to estimates, China’s real estate and related industries contribute between 15% and 30% of national GDP, positioning them as a key driver of national economic growth. Property also accounts for nearly 70% of China’s urban household wealth. China’s real estate developers have for years pursued aggressive expansion, racking up billions in debt, believing that the property sector had water-tight government assurance.

This drew the attention of policymakers, who are increasingly concerned about the sector’s mounting financial risks. With financial de-risking a key economic policy priority, the Chinese government announced strict refinancing rules for developers in August 2020. The rules, known as the Three Red Lines, specified thresholds for developers’ insolvency, liability and cash levels, with those developers breaking the red lines restricted from further borrowing.

In line with government policy, the People’s Bank of China (PBoC) instructed state and private banks to cap real estate-related loans at the end of 2020, further restricting developers’ access to financial resources to refinance expiring debt. Tightening of lending criteria to homebuyers and falling buyer confidence resulted in a nationwide drop in house sales in 2021.

THE GOVERNMENT’S RESPONSE TO THE CRISIS

To assuage fears, a number of senior Chinese officials, including Vice Premier Liu He, have stressed that property market risk remains manageable. On December 6, 2021, a Politburo meeting chaired by President Xi Jinping affirmed support for the “healthy development” of the real estate sector, suggesting Beijing may fine-tune mortgage and housing purchase policies in an attempt to boost home sales.

The People’s Bank of China (PBoC), China Banking and Insurance Regulatory Commission (CBIRC) and China Securities Regulatory Commission (CSRC) all issued statements assuring that the impact of developers’ financial constraints on the financial system is manageable. Notably, the CBIRC highlighted that satisfying the mortgage demands of first-time buyers would be a priority, while echoing Vice-Premier Liu He’s statement that developers would continue to have access to reasonable amounts of funding.

However, Beijing’s focus on normalizing property-related funding does not imply a general loosening of monetary policy. China’s regulators have repeatedly stated that China will not flood the economy with cash. Default risks for heavily indebted private developers remains significant, as they still need to grapple with refinancing piles of debt acquired onshore and offshore while also attempting to revive home sales and rebuild their credit profiles.

KEY TAKEAWAYS AND RECOMMENDATIONS FOR MNCs

Given its significance to the wider national economy, the real estate slowdown will likely place significant downward pressure on China’s growth throughout 2022. Economists forecast GDP growth will fall to around 5.5% in 2022, in part due to uncertainties in the real estate sector. The slump in real estate investment will continue to affect companies operating in the up and downstream of the sector. It also has the potential to reduce demand for a variety of related products ranging from raw materials to home appliances.

Nonetheless, property headwinds are unlikely to morph into a fully-fledged economic crisis due to the government’s ability to introduce policy incentives to stem major shocks. At the same time, the government is likely to rethink its reliance on infrastructure expansion as a primary driver of economic growth. Instead, Beijing will prioritize high-quality development, shifting focus to innovation, technological development and sustainability, which offers ample opportunities for MNCs in these sectors.

Therefore, MNCs are recommended to: 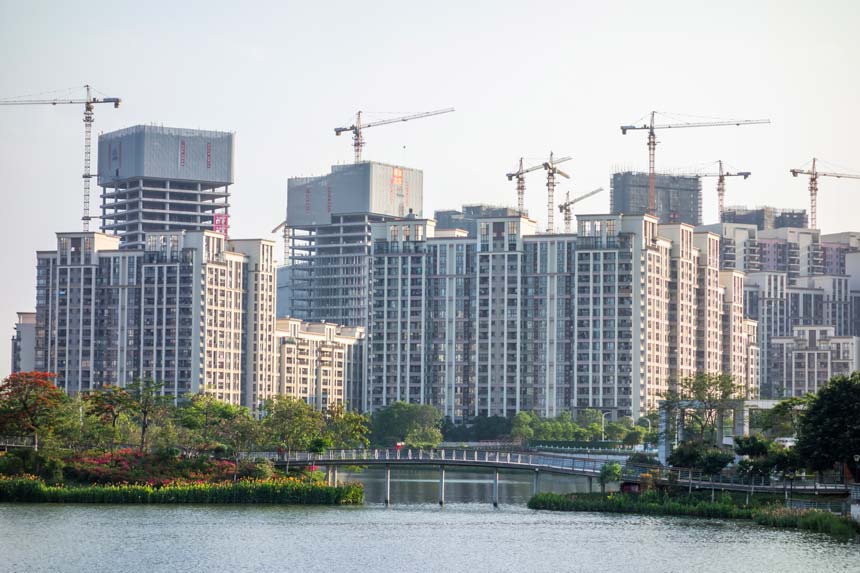