A bad result for the Tories and a remarkably good one for Labour means the UK seems set for a minority government. As a consequence Brexit negotiations are going to be even more complicated than expected. The EU wants someone in No.10 that they can negotiate with in all seriousness but any UK representative will be weakened by the need to calculate the reactions of a delicately balanced House of Commons and a seemingly fractured UK polity.

Division is both the result and the cause of this situation. Just as the EU seems to be unifying (pushed together by Brexit, Trump, Russia and terror rather than pulled together by lofty aspirations of “ever closer union“), the UK seems to be coming apart. Brexit vs Remain. Scot Nats vs Scot Nots. Old vs Young. Greater London vs Little England. These divides (and countless others that psephologists will find, map and name like Victorian explorers on a dark continent of big data) have driven the context in which this election was called and they have shaped the results, undermining a seemingly insurmountable Tory lead and creating an opportunity for Labour to seize the initiative.

All sides of every one of the major UK divides will be looking for justification in the electoral result. For CCHQ: The Tories secured a substantial popular vote, has the largest party, has reclaimed Scotland and has possibly safeguarded the Union. For Momentum: Corbyn has put his seal on a Labour Party that partly loves him and partly hates him. For Brexiteers: The two largest parties are both officially pro-Brexit and the Lib-Dems, who ran against Brexit, didn’t have a spectacular night (and what else can I say about Nick Clegg other than “I’m sorry”). For Remainers/Remoaners: May called the election specifically to get a mandate for Brexit and she utterly failed to do so. And so forth (although I am hard put to find an upside for UKIP other than the likely return of Nigel Farage to the frontline…).

If the kingdom doesn’t seem frightfully united, the immediate future of Brexit has a strange sense of inevitability. Michel Barnier is going to meet, sooner or later, representatives of a Tory minority government to begin negotiations. Nothing really concrete will be decided before Germany concludes its own elections on 24th September but the UK’s strong pro-Brexit “media-political complex” may make life very hard for those who bend like a continental willow rather than stand like an English oak. The “progressive alliance” of Labour, LibDems, SNP, Greens and others, empowered by Tory weakness, will look to build political capital ahead of the next election. And, as minority governments don’t always last in the British system, another election may not be too far away (much to the joy of the average British voter who yearns for a return to the ballot box on a regular basis).

From this side of the Channel it seems that the consequences of the UK’s referendum of 23rd June 2016 are still playing out. Having had Brexit thrust upon it, the EU wants a good deal that doesn’t cross their redlines. In the most reductive sense, the EU don’t so much care who they negotiate with so long as they are reliable. With established British political certainties, loyalties, and ways of doing things in severe flux, the fear in Brussels is that they simply won’t get that before the Article 50 timeline becomes impossibly short (from being merely painfully short). The consequences of a disorderly Brexit would be serious for the EU, let alone the UK, and the suggestions of delays in starting discussions and demands that the UK take the process seriously stem from avoiding that outcome. 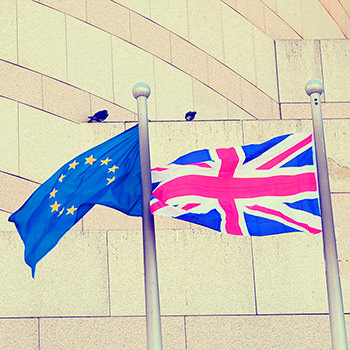