Technology is a ubiquitous constant in our everyday lives—essential in all sectors ranging from energy and financial services, to retail and healthcare. With so much potential for economic and geopolitical influence for those that lead and control technological advancements, nations and businesses alike have deep vested interests in relevant policies and trends.

APCO’s technology practice leaders—Travis Bullard, Andreas Constantinides and Bruce Fu—took a closer look at tech trends in regions and policy areas that are crucial to businesses and our clients.

Are we moving to a “post-digital” age? As we start the third decade of the 21st Century, technological innovation only seems to be increasing with exciting advancements in hyper automation, the distributed cloud, edge computing, practical blockchain and human augmentation, just to name a few of the biggest tech trends in the new year. Technology innovators continue to push the envelope, which means we all must adopt an agile mindset and new practices that accept and embrace perpetual change.

Although this pace of change seems to increase every year, many suggest that the digital playing field is evening out as most businesses have invested heavily in digital transformations over the past few years.

Most global businesses have now adopted data-driven, smart and transformative technology into their core strategies. What was once the source of competitive advantage is now the new norm. To stay ahead of the pack, leaders are further developing their competitive edge by looking beyond headline-grabbing buzzwords and starting to ask, “what’s next?”

Building Trust in a Post-Digital Era

The world starts to look fundamentally different when all companies are using technology to execute their strategies and are no longer able to differentiate themselves by the fact that they are fully engaged with social, mobile, analytics and cloud (SMAC). Instead, they must create stories around how they are using technology more efficiently, or innovatively, than their competitors.

In the post-digital era, companies will move towards a greater granularity in their understanding of customers. Based on people’s digital identities, businesses can develop ongoing, personalized relationships to deliver rich, individualized products and services. Companies that can understand consumers based on their unique digital identities can create an ongoing, experience-based relationship with every individual customer.

Of course, this raises some tricky questions around the relationship between brands and individuals, privacy and the use of personal information, and the government’s role in the use of all this data.

The key here will be building trust, and whether a company can successfully manage this will be a make-or-break moment in the world of the near-future. Businesses will strive to find the acceptable line between how much information can be collected and what can be done with all this individual data.

Changing Expectations on the Role of Government

The gap between technological advancements and the mechanisms intended to regulate them—often called the “pacing problem”—is only growing wider. There’s a disconnect between the speed of technological innovation and existing regulatory structures.

Government regulation of the technology industry in the United States has traditionally lagged behind efforts in other regions of the world, and that is not likely to change regardless of the outcome of the elections in 2020. Yet, more people in the United States are looking to the government to take a thoughtful but active approach to regulating technology. There is a growing realization that the greatest risk facing technology firms isn’t overregulation: it’s that government won’t do enough—and swiftly enough—to address the technology issues affecting modern society.

As emerging technologies drive new business and service models, governments must rapidly create, modify, and enforce regulations. The preeminent issue is how to protect citizens and ensure fair markets while letting innovation and businesses flourish.

And for technology companies, there is a growing need to consider the business and human context first, and not just technology innovation for innovation sake.

Through all of this, it is increasingly important that we remain agile and invest in new conversations to strengthen stakeholder relationships with enhanced external and internal communication strategies, education and influence in legislative and regulatory spheres, and create more authentic relationships between brands and consumers.

The May 2019 European Parliament elections and the ensuing EU institutional change-over saw Ursula von der Leyen, a center-right politician from Germany, becoming President of the European Commission. She intends to assert the power of the EU internationally and strengthen its position as a global regulatory superpower. Digitization and the transition to a green economy are her top priorities. This will be underpinned by efforts to achieve “technological sovereignty” through investments, increased cybersecurity and regulatory intervention in digital markets.

Tech sovereignty—also known as digital sovereignty—is the watchword of the hour in many EU and Member State policy circles.  President von der Leyen’s agenda for 2019-2024 states that “it is not too late to achieve technological sovereignty in some critical technology areas” by investing in blockchain, high-performance computing, quantum computing and AI. It is not yet clear how the plans for tech sovereignty will evolve, but it is certain that focus will be placed on developing key strategic value chains that include industrial IoT and cybersecurity. The prime movers are Germany and France, both long troubled by the geopolitical and strategic consequences of the U.S. tech sector’s rise. As an example, Germany and France recently announced Gaia-X, a project that aims to develop an alternative data/cloud infrastructure that will try and challenge the dominance of U.S. cloud providers.

Commissioner Vestager, who has been the nemesis of Google as the EU Competition Czar over the last five years, is back with an even more powerful position: besides antitrust policy, she will now be directly overseeing digital policy formulation. She has already been very vocal about the need for Europe to ensure that its markets are not distorted by the “data vacuum cleaners” of U.S. big tech. The EU’s objective is to prevent a handful of big tech “gatekeepers” being able to enter new verticals and crush competition by abusive leverage of their broader data dominance. Current cases on Google, Apple and others exemplify this line of action. Europe is, however, unlikely to promulgate specific moves to breakup big tech. Instead, the trajectory of future EU regulation is focused on countering data-based exclusion and misuse with mandated access and transparency.

The EU General Data Protection Regulation (GDPR) has inspired many countries around the world on how they should go about protecting the personal data of their citizens, and we can expect to see similar efforts at EU level in regulating emerging technologies. The EU is in fact expected to work on developing its own “data strategy,” which will include initiatives on data access and sharing. These initiatives are considered essential to levelling the data innovation playing field, where the EU feels it is currently disadvantaged. The paramount concern here is AI, and the fear in Brussels is that the AI of the future will speak with an American or a Mandarin accent, rather than French or German. Legislative packages focusing on how to foster and develop ethical AI are expected to emerge by Spring 2020. One example of this approach is the creation of “common European data spaces” to aggregate both public and B2B data to make it available for, as an example, training AI algorithms—it remains to be seen if this aggregation will be voluntary throughout, or whether it would become mandatory in some specific sectors.

Technology is a longstanding pillar of Chinese government development plans, driven by an ambition to become a global tech developer. While trade tensions with the United States dominated headlines, the government has forged ahead with policies to encourage and regulate its burgeoning tech sector. In 2020, three trends are likely to impact businesses operating in China:

Doubling Down on Chinese Innovation

China’s state-driven push for indigenous innovation was a key criticism by the United States and the broader business community in past years. The recent U.S. actions against Chinese tech firms have redoubled efforts to promote China’s domestic tech capabilities. While a complete “decoupling” from the United States remains far away, Chinese government policies will continue to support homegrown technologies.

China’s lax approach to personal data protections created a playground for tech giants and startups to research new applications in AI, big data and the Internet of Things. Amid this openness, Chinese consumers have become increasingly concerned about the depth and breadth of their data collected online. Taking a page from the General Data Protection Regulation, Chinese regulators developed a slew of policies under the Cybersecurity Law to discourage flagrant data privacy violations. This trend is likely to continue in 2020, as officials accelerate enforcement efforts.

Getting a Seat at the Standards Table

China is not only inspired to regulate its domestic technology industry, but also to shape international tech standards in its own likeness. China’s head start in introducing 5G towards mass adoption in 2020 is aimed at setting international standards, and Beijing has already convened a task force to explore 6G. A similar trend is unfolding in other sectors, such as self-driving vehicles, with Chinese companies leveraging rapid development in the domestic industry to play a leading role in creating future global standards. 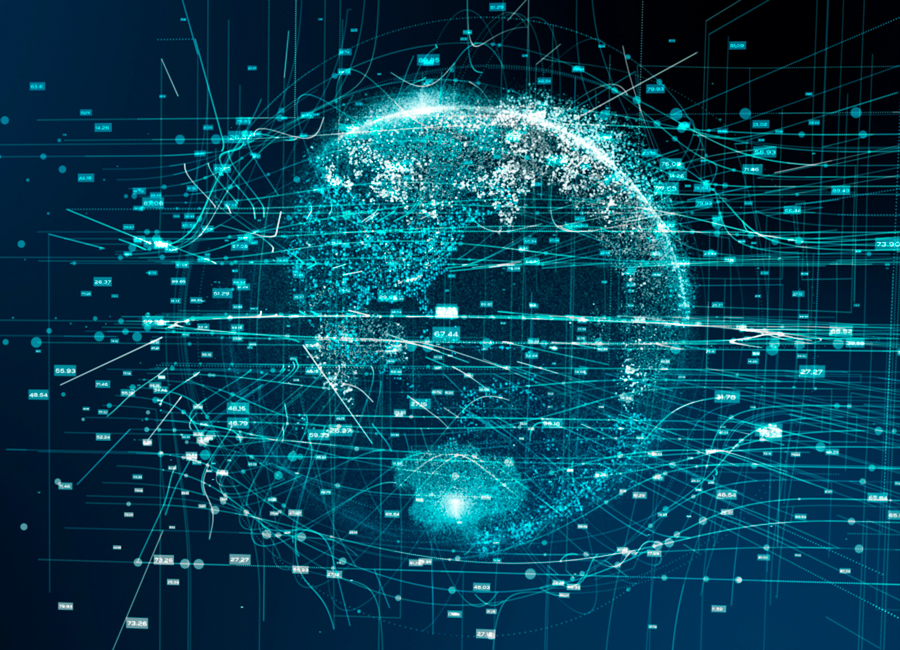