A strong resistance has given birth to a newfound explosion of creativity since Trump’s inauguration: Individually, collectively and organizationally.

We’ve witnessed a strong uptick in people around the world truly exercising freedom of speech – from joining marches, calling their representatives and posting stories on social channels. Yet, we’ve seen people not just merely “voice” their opinions; we’re seeing them express their views in signs, pink knitted hats, buttons, videos, campaigns, t-shirts. This creativity – certainly borne out of frustration and disappointment – is turning opinions into even more passionate beliefs. Creativity has been renewed as a way to communicate what we feel, believe and hope for and it certainly transcends traditional political boundaries.

What creativity has also enabled is for humanity and individuality to shine through. It’s allowing people to connect their experience to a broader movement. It has given new voice to speaking about issues of substance and importance more openly and tangibly.

And it’s been contagious. We’re attracted to others’ creative actions. We bond with strangers over their signs they create and carry. We join organizations as we love their new videos. We give money because an NGO used their creativity and has given us a platform to be creative. And we feel more attached to brands who express their support or opposition to issues in a creative manner. It joins us together as citizens. Others’ creativity makes us think more deeply and vividly.  And it helps us recognize what we can do.

A sense of urgency has propelled creativity anew. It has formed new communities of strangers. It is the outlet that many have needed. And it has proven again that creativity is not owned by the few, but by the many. 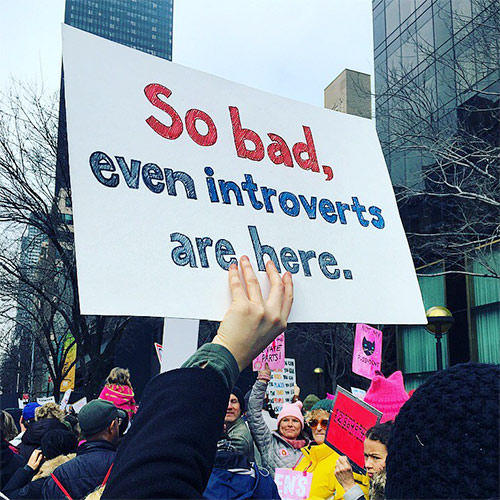